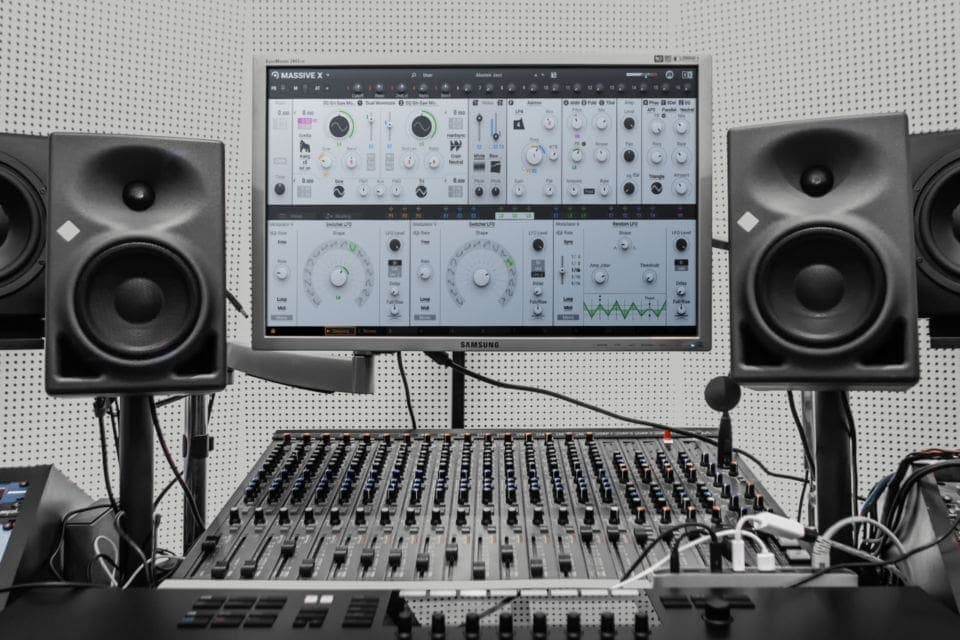 Is Using Synth Presets Cheating? No (Here’s Why) The Art Of Presets

Ah, the “p” word. Imagine a reality where every single setting on a synth or effect had to be dialled in to taste every time you wanted to use it.

This may sound like a nightmare, but it was a real-life dilemma for many musicians until digital technology started to make its way into audio hardware.

Fast forward to 2020 (ugh) and absolutely every element of the music production experience can be recalled in a flash from a single project file read by your DAW.

This is one of the greatest advantages of digital audio technology, though it is easy to take for granted.

But there’s a lot more to using presets than just clicking a button and calling it a day. There is an art to curation, asking yourself what sounds represent your style and what you want to do with your music?

With an endless library of presets available to you, picking the ones that matter to you and using them in a way only you can is artistry.

If you are interested solely in making your own sounds, then playing with presets will teach you a lot about sound design and arm you with the skills required to make your own patches.

So either way, you have no excuse not to read on and find out just what the “art of using presets” means.

What Are Synth Presets?

Every synth has ‘parameters’ that shape the sound, changing how it behaves when you press, hold, and release the keys. A preset is simply a snapshot of these parameters at specific values, which is sometimes also called a ‘patch’.

The most popular VST synths, such as Serum and Massive, theoretically have enough parameters to make millions of different sounds.

Granted, not all of these are useful, (that’s what presets are here for) but even if you took the best of the best of these combinations your head would still spin at the number of possibilities.

If you are using Serum, we’d recommend checking out Stranjah’s ‘Gnarly’ pack of 190 presets!

What About Effect Presets?

Effects have presets too but are discussed less as most effect plugins have relatively few parameters compared to synths.

Here, presets are useful for maintaining sonic cohesion, perhaps you want to use the same “80’s Chorus” across multiple tracks, or you have found the perfect reverb for your vocals.

In Ableton Live you can make custom Audio Effect Racks which contain multiple plugins. Saving your Effect Racks as presets makes more sense as this is a whole ‘chain’ of sounds that can be recalled on the spot.

No. Using presets is not cheating when it comes to simply making music, that is precisely what they are there for.

Sound designers are saving you the time and effort of programming a sound from scratch so you can keep on producing music uninterrupted. A passionate sound designer would want you to use their sounds in your music in the same way a musician wants you to hear their music.

There are contexts where they can be considered cheating, but these are few and far between. If you’re not making a point of being painstakingly “original” then you are free to use presets as you wish.

On your end, there is still skill and creativity involved in finding what sounds work as a part of your track and as part of your whole artistic persona (this is sometimes called a “vibe”).

One important thing to consider when listening to presets is ‘how is this patch supposed to be played?’. If you’re playing with a bass patch but are playing higher on the keyboard, you will most likely not be too impressed with the sound.

If you are playing with a pad or string preset with long attack times but are just tapping the notes, you probably won’t hear anything.

Some patches are made for chords, some are made for earworm melodies. Some patches may even work best when recontextualised, many sounds from Trance and Drum and Bass libraries will also work well in modern Trap and Pop.

Experimental sound artists and lofi beatmakers can turn cheesy synth chords into something moody and moving just by resampling and slowing them down. So before completely writing off a preset, play around with it a bit and figure out what it could do.

Be open-minded. Maybe you were looking for a lead sound but stumbled upon something that could work as another element in your track. If you are focusing on looking for only one type of sound you can miss these moments.

Spend time browsing through patches when you are not making music. When you find a sound you like, make a note of its name. Think about what you like and why you want to use it in your music.

This might reveal something about your creative process and help you make informed decisions in the future. Bookmark the sound in some way so that when you need it it can be easily accessed (see next section ‘Getting Organised’).

Many producers successfully reuse the same sounds over and over from drum samples to synth presets. These all contribute to their ‘sound’ and what they do with these sounds makes up their body of work.

Being organised wherever you can greatly improve your workflow and ensure you stay ‘in the zone’ when riding out your creative high.

Having to stop and search for sounds is a total buzzkill, but you can turn it into a fun task when you’re not making music. Those moments when you’re just not feeling inspired are best spent preparing for when you are.

As there are no hard and fast rules to how you should organise, you should find what works best for you. But here are some recommendations to help you bring order to chaos:

Of course at the end of the day making your own presets is highly rewarding and encouraged – it will teach you a lot about sound.

Once you are familiar with what you like and what makes your favourite presets interesting to you, you can guide yourself on your sound design journey.

The idea of making your own patches doesn’t just warrant another article, it warrants an entire series of articles! Thankfully there is a wealth of knowledge on the internet, but here are some quick tips for beginners:

If you’re totally new, start small. Listen to just an oscillator and play with the settings and listen to how the sound changes. Then add a filter, try different types, move the cutoff frequency and resonance controls. A range of interesting sounds can be made with just an oscillator, a filter, and some modulation from an envelope or LFO. These sounds are sort of like what basic shapes are to graphic designers in that they are simple and easy to recognise.

Your synth will probably have an ‘Initial Patch’ preset. This is a patch where all settings are set to neutral positions, no effects or filtering are applied and only one oscillator is active, giving you an ideal starting point for your own sounds. You might also enjoy making your own ‘template’ patches for different sorts of sounds like bass and pads.

Think about how each parameter on a synth will affect the behaviour of other parameters. You could set control to one position that might also change how another control works. For example, if the resonance is too high on a filter it will totally ‘take over’ the sound and the settings on your oscillator will matter less and less.

This is guaranteed to lead to results that would be impossible otherwise. It’s also a great way to learn what a synth does and find some new features along the way. Plenty of memorable sounds come from experimentation and happy accidents.

Recycle your own sounds. Start a new patch by loading one you have already made and tweaking it until it is different, then save it as something new.

Presets are far more flexible than we tend to think. One particular sound can be played a variety of ways in a number of different contexts, shapeshifting between styles and genres.

Just use your imagination and let your creativity guide you. Build familiarity with the sounds you like, learn why you like them, and learn when to use them intuitively.

Curate a range of interesting patches you can reach for in a flash when you need them. Let them teach you about how the synths you have work and what to expect when making your own patches.

These are all creatively valid endeavours even if you are engaging with sounds programmed by someone else.

The whole point is for you to stand on their shoulders and create something that belongs to you, nothing is stopping you from shouting out the sound designers in your credits anyway.

At the end of the day, making music counts more than anything else.