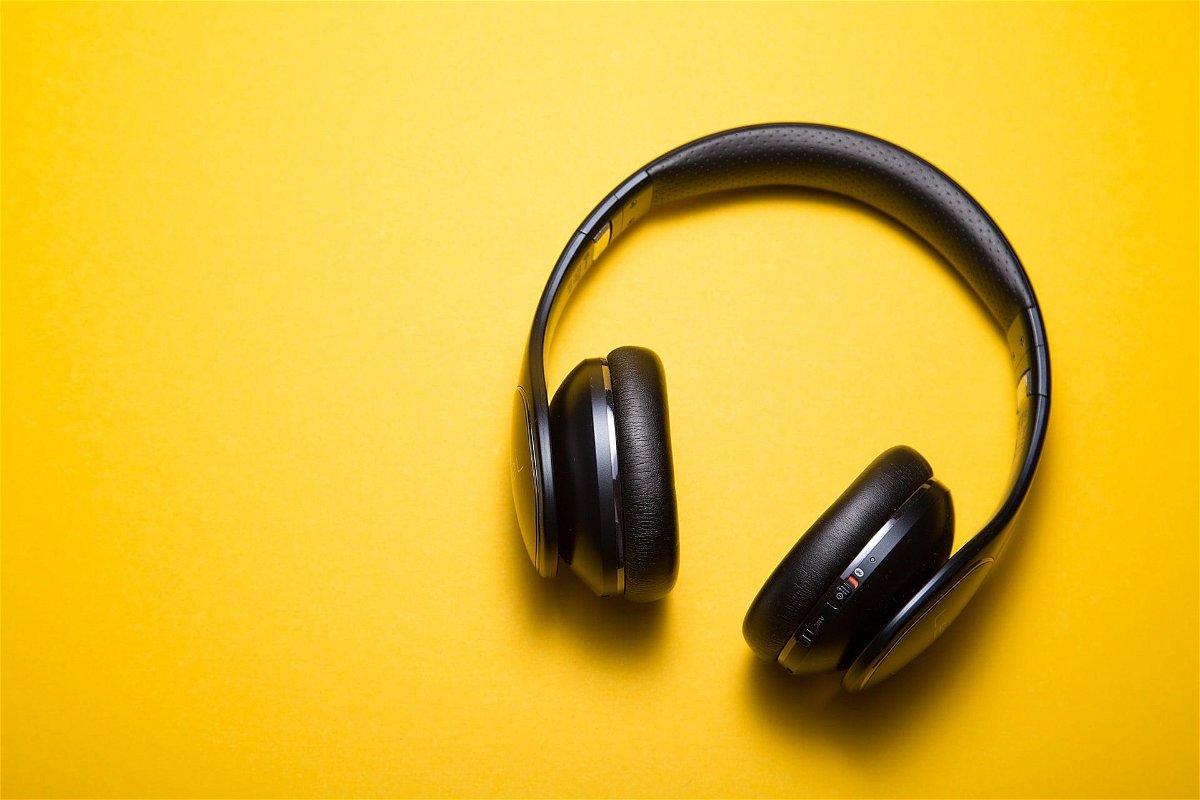 Headphone Calibration Software (Does It Live Up To The Hype?)

What Is Headphone Calibration?

In the last decade, exciting advancements in digital signal processing (DSP) technology has led to new methods of controlling the spectral colouration of loudspeakers in rooms and headphones.

Considering the expense, and difficulty of acoustically treating studios, and in today’s case, non-purpose built critical listening spaces (bedroom studios etc.), software developers such as IK Multimedia and Sonarworks have developed cool pieces of software designed to hypothetically “cancel out” the naturally built colouration of an acoustic environment.

P.S. I recommend you check out Steven Taddei’s critical analysis of Sonarworks 4 here.

ARC vs Sonarworks vs Nura

Both IK Multimedia’s “ARC” and Sonarworks’ “Reference 4” software (as well as many others) allow the user to take measurements with a calibration microphone which then creates an impulse response representing the spectral attributes of the space.

With this information, the software can then apply the inverse signal directly to the monitoring systems output in order to deconstructively superposition the non-flat frequency characteristics.

Furthering the innovation in this field, manufacturers such as Melbourne based, Nura, have developed headphones that automatically measure Otoacoustic Emission (OAE) signals emitted from the cochlea in order to map the transfer function of the listener’s ear canals (and digitally process the headphones output accordingly).

Sonarworks’ Reference 4 possesses an extra feature over their competing developer’s products: a built-in set of calibration profiles for many popular makes of high-end and consumer-grade reference headphones.

Considering the now-common use of non-purpose built critical listening spaces for music production, this seems an attractive alternative to expensive acoustic room treatment, and a cheap way to transform your pair of Skullcandy’s into Audeze.

It is simple, inexpensive and is advertised to almost completely negate the effects of a pair of headphones’ naturally built colouration.

Built-in headphone calibration presets sound like a great tool for the bedroom producer, but like most digital signal processing, there will almost always be extra, potentially unwanted effects on the digital waveform.

Additionally, it is a well-accepted fact that even the seating position of a pair of headphones on a head can create variability in its frequency response, not to mention variations caused due to differences in people’s ear cavity sizes and pinnae.

As a part of a research project conducted at The University of Sydney in 2018, I conducted a series of tests in an attempt to ascertain the variability in frequency response due to these factors.

The headphones were placed on a Neumann KU100 dummy head (kind of like a crash test dummy with microphones in its ears — check out Kieran’s review of it here).

For each measurement, the headphones were taken off and then replaced back onto the fake ears. The graph below shows the variation in a pair of Hifiman He400i with ten re-seatings, shown per ear.

Not only is there a huge deviation between measurements, but there is an even larger variation between the left-hand and right-hand side drivers.

Given this, how is it possible for a one size fits all calibration profile to be effective at creating a flat response?

The answer? It isn’t.

As a point of comparison, Sonarworks supplied reference calibration curve for the same pair of headphones looks like the following…

Not quite the same are they?

The experiment was repeated with 2 other pairs of common consumer-grade open-back reference headphones (a pair each of Sennheisers and AKGs) and similar results were found.

Looking at the documented frequency response for any on-ear or over-ear headphone, something very obvious becomes apparent:

Small headphone drivers, dynamic or planar-magnetic, really struggle to reproduce sound in the low end of the frequency spectrum.

As most people in the music production game know, it is much easier to generate lower frequency sound with larger diaphragm, deeper loudspeakers, rather than shallow, small drivers.

For one of the most beloved pairs of headphones out there, the Sennheiser HD600s, Sonarworks corrects the 20-50Hz by up to 10 dB.

Anyone who’s ever tried to drive too much low-frequency sound out of a portable bluetooth speaker knows how that goes, so why would it be any different for headphone drivers?

Essentially by overdriving the 20-50Hz range, non-linear behavior, or distortion, occurs during the driver’s reproduction of sound.

In the above figure, you can very clearly see the fundamental peak (far right) and then the first, second, third etc. harmonics as you look right to left.

This is a direct consequence of overdriving the low-frequency signal during calibration, as measured again within the University of Sydney anechoic chamber.

What exactly does this mean though?

As producers, we are used to the idea of using distortion and saturation as creative tools.

If we were to analyse the frequency spectrum before and after using a distortion plug-in or outboard device on a signal, you’ll see very quickly the creation of harmonic peaks after distortion has been applied.

Now think of this in terms of the total signal being reproduced by your headphones.

The aim of the calibration technology is to correct the peaks and troughs in order to gain a flatter frequency response, but as a direct consequence of boosting the low-frequency troughs, we are inadvertently creating new middle-high frequency content.

Non-linear content is hard to predict, and almost impossible to correct for, ruining your meticulously processed sound.

So What Are The Real Solutions Then?

Software junkies and purists will have different opinions on what the best alternatives are.

It is obvious that processing headphone drivers in this way will create unwanted signal artefacts. While the low and upper ranges of the human hearing spectrum exhibit variation and possible distortion production within headphone sound reproduction, it may be possible to target just the middle-range frequencies in order to decrease the effects of the natural physical coloration, but not process the very highs and lows where problems occur.

This appears to be the only frequency range consistent enough and unaffected by other products to improve via the use of digital signal processing technology.

To do this, Reference 4 offers an option to adjust the reference curve to your own custom preference.

Unselect the “flat” setting and create your own curve by tweaking the “bass boost” and “tilt” settings until minimal processing is being applied to ≤ 100Hz and ≥ 6000Hz.

With this option, however, it is very difficult to get the correction curve exactly how you would like, which leads me to my final point.

Why Process At All?

Up until this section, I’ve tried my absolute best to keep this piece based on scientific fact, measurements, and results, but I’m going to throw all of that out of the window now by concluding with a big piece of my unadulterated opinion.

So the big question, why even bother processing headphone audio to try to gain a flatter frequency response?

As fledgling producers, we are told to learn our speakers, learn our listening spaces, know the positives and short-comings of the acoustic environments we immerse ourselves in, so why should we create a whole new, differently coloured world for our ears to attune to if we don’t have to?

The primary difference however is that room modes are measurable with the use of calibration microphones, of which consumer-level measurements are fairly accurate.

FYI, I have Reference 4 running in my room and I love it.

In the realm of reference headphones though, the peaks and troughs that we’re dealing with are not measurable by the layman.

We rely on averages that do not take into the account the variation between headphone builds, ear shape, and head positions.

Considering we can create bigger, unexpected problems through the use of signal processing, why bother when we can simply train our ears to properly understand our favourite pair of cans?

I know my Hifiman HE-400i’s have a weird dip at 2k, and it doesn’t make me love them any less.

So then, my humble, somewhat antiquated opinion is to stop messing around with headphone calibration profiles and simply listen to as much music as you can on your headphones until you truly become one with them.

Reference your work to other tracks with the sonic quality you are trying to achieve and always remember to listen to your production on a variety of different headphones, speakers, and rooms.

Remember, the final consumer of your work is almost certainly not going to be listening on a pair of $2000 reference headphones.

The perfectly flat curve is a fun idea to chase, but it most certainly creates more problems than it is worth. What are your thoughts on headphone calibration? Let me know down in the comments below!