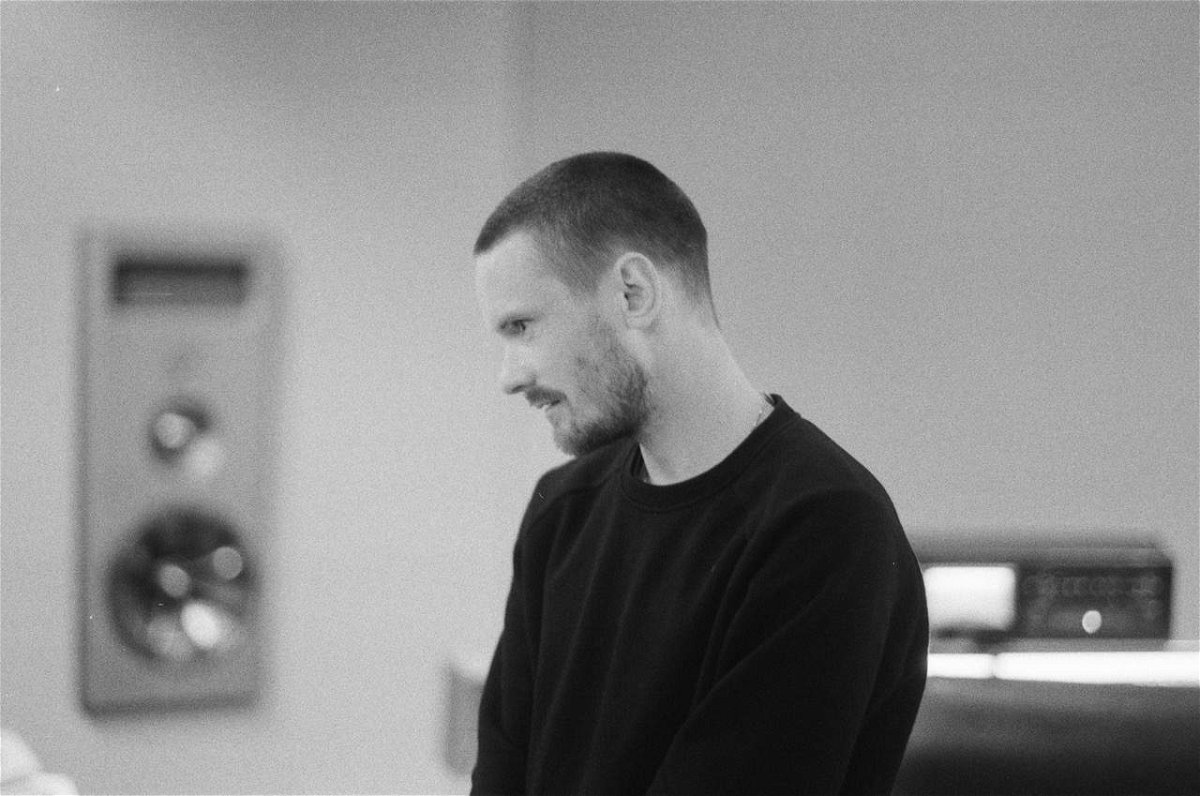 Is Tape Undergoing A Renaissance? (Interview W/ Neal of RecordingTheMasters)

RecordingTheMasters is a company pioneering the use of tape in an age where most music is fully mixed, mastered, and bounced digitally. Hugely passionate about the format, their tapes are made in France and distributed all over the world.

Well known for their superior quality, they also offer a cassette duplication service which has been used by the likes of Dala Records, Beast Records, and Crammed Discs.

We catch up with Neal Birnie to talk about how he got started with RTM, the renaissance of cassette tape, and the co-existence of the physical and digital realms.

Can you tell us about how you became involved with RecordingTheMasters?

I run a label called Night Dreamer that specializes in direct to disc recordings and we have a studio in Haarlem (Artone Studios), just outside Amsterdam that’s filled with the most amazing analog recording and mastering equipment.

At Artone, we record direct to disc and the session gets cut to vinyl live, so we really focus on the spontaneity of the performance and leave all the mistakes in as we just want to capture the energy. There’s a vinyl pressing plant, Record Industry, situated downstairs from the studio, so our background has been all about vinyl but we wanted to release all these records onto cassette.

We started trying to locate the best quality tape we could find because there was so much energy put into the recording that we wanted to match what was on the vinyl release. A couple of friends who work for the label found RecordingTheMasters were one of the flag bearers in high-quality tape. A partner of mine at the label went to visit Jean Luc (CEO of RecordingTheMasters) at the factory and really hit it off and that’s how we became involved really.

But everyone from the factory to the managing team, everyone is an analog geek so it fit really well with what we were doing and what we were passionate about. It’s a real team effort though, I wouldn’t want to take credit for putting it all together!

Who are some notable studios or artists that have used your tapes?

There’s actually quite a lot. A lot of the dealers that we work with cater for recording studios. It’s a real mixture of engineers and producers, but we are one of the last remaining tape manufacturers in the world.

Steve Albini is someone I really admire who has been really into the tapes, but there’s a wide range of producers into them. I know Tom Misch in the UK is into them, but there are so many stories of approaching someone saying “I’d just like to tell you about this tape” and they’re like “I’ve been using this for years!” so it’s been really, really encouraging.

It’s awesome to see tape still being used. Although the analog vs digital argument will probably never be settled, what do you think is missing from artificial emulations of tape?

I think it’s a personal preference and we’re in this world now where digital and physical can live together, I don’t think it’s necessarily an argument anymore. I think a lot of people who want to buy a physical product probably still have it on Spotify before they buy it, or they will listen to it on Deezer first and then buy it on vinyl. RecordingTheMasters really want to try and push and educate people to bounce to tape.

It’s still going to go digital but you’ve put all this effort into recording it in such a beautiful analog way, just bounce it to tape! So I do think physical and digital can live harmoniously and they are doing that, but I still would love to be able to fly the flag for educating younger producers and engineers to bounce to tape.

It’s such a beautiful thing and it adds natural distortion and reverb and it helps with lots of elements in recording. But also just the act of doing something physical is massive for the creative flow in a studio.

(Want to judge for yourself? Check out our roundup of the best tape emulation VST plugins.)

I suppose it depends on your background as well. Sometimes I feel when mixing in the box (for example using an SSL channel strip or something similar) that it would be great to have a physical console to work with.

Well, I was talking to an engineer a while ago and he mentioned that just those few seconds of walking over to the tape machine to do something made him free his mind up to think “oh we could place the mic that way” whereas when you’re recording in the box it’s just there and it’s so quick.

But I think it’s important that people are open to exploring a new way of recording and mixing and that it opens doors for lots of other possibilities as well.

Cassettes are making quite a big comeback. Do you think from a consumer point of view this marks a shift to a different listening format or is it currently more of a collectible item?

There’s obviously a nostalgic aspect for a lot of people but there are generations who’ve never experienced tape before in any form. It’s really exciting that it’s new to a lot of people – it’s tactile, it’s physical, you can see things happening. There are some labels that are only making 100 copies per release and that is quite niche but it becomes highly collectible.

Last year was a particularly good year for cassettes though and we found out that a lot of independent artists were making music during lockdown but didn’t have the means to press vinyl, whether that be money or the long turnaround time or just being able to have 300 records stored under your bed.

With tape cassettes, though, artists were able to press a limited amount and have something physical to sell to fans in two weeks which is massive. I do think independent artists are the future of the music industry and helping them to release a physical product that quickly is pretty special.

I’ve got a nostalgic side as well but I always remember having cassettes, and this relationship with cassettes where its a bit Lo-Fi and throwaway, but if you look back at what happened with vinyl, labels would do the 180-gram version or the audiophile version so I think a similar thing will happen with cassettes. By all means, go for the crappy version but if you want the high-quality version, come to us.

Do you think, much like with vinyl, that recording to tape is going to go full circle and we’ll start to see tape being used more regularly in studios again?

That is one of our missions for sure. At the moment it is quite niche and when you’re putting an album together and you’re using tape for every track it’s obviously quite costly and there probably needs to be a tape budget. But even if you aren’t using tape for every stem, bounce the track to quarter-inch tape.

I think that’s so much more engaging, I love the idea of an artist going home and they’ve got all their records on a shelf but also the master tapes as well. So to answer your question, I hope so and we’re going to do everything we can to educate as sometimes it can be a daunting thing to use a tape machine but I really think it can benefit your music.

(To make things a bit less daunting, we put together a comprehensive guide to using a tape machine in The Basics Of Magnetic Tape Recording (Parts, How It Works))

We did get to a point where everything was going digital, it was about being as small, cheap, and compact as possible. Do you think some of the issues with people not using tape are convenience and the cost factor but also a lack of knowledge about recording to tape?

From experience, a lot of musicians would go into a studio and hire it for a day to get a track done. There’s a tape machine sitting in the corner and maybe they don’t know how to use it. So I think it’s just a case of being more curious and giving it a go.

With the industry saturated with new music, do you think recording to tape automatically gives artists a sonic advantage to recording digitally?

Definitely, sonically it is superior. I think it is personal preference, if you have a release and you just want to put it out digitally that’s OK but if you want to try and get a better all-round sound, especially if you’re going to put it onto a physical format like vinyl or tape, I think it’s essential.

You have to go for it. One of my friends is singer/songwriter James Smith and he came round to mine recently, brought his ProTools stems and we bounced them to tape and he was like “there’s all this reverb on my voice, where did that come from?”. I think you’ve got to experience it, I could talk for hours about it but you’ve just got to get stuck in, apply it to your music and hear how different it sounds.

It’s one thing to sit here and say “this is what your music will sound like bounced to tape” but it’s probably another to actually go and experience it?

Exactly. Especially because our ears are very particular but I’ve been blown away by tapes, by the quality and the accuracy of them.

I think it’s a real mix, I’ve spoken to a lot of people doing it a lot of different ways.

Absolutely. I also think it depends if you’re lucky enough to have a big desk. But if you have a studio setup and you’re recording parts individually I would completely record to tape first and then put it into ProTools. Again though I think it really depends on the artist and producer and what you have available in your setup.

Can you tell us about the differences in the tape you manufacture now versus how things were done in the earlier days of tape?

The way that it’s manufactured remains the same, for us in particular we’ve managed to obtain the same formula for one of the legendary tape manufacturing companies. We still want to be connected to the golden era of tape, we want to be consistent and we want the quality to shine through like it did back in the day.

How much can your choice of tape influence a recording’s sound? For example, would someone choose one of your tapes over another because of the sonic quality?

It depends on the music, what you want to get out of the music, the length of the audio. There are loads of different variations but eventually, you start to understand what could be right for your classical recording in comparison to your dub or reggae recording.

If someone is interested and feeling a little bit lost I would just ask them to contact us and talk it through. That’s what we want to do, don’t hesitate to get in touch. You can even send us the music and ask what we’d recommend.

While we’re effectively a chemical plant, we’re very much a music company. From the cleaner in the factory to the cutting engineer to the coater to the accountants, everyone is just into music and I think we really want to open the doors for anyone and everyone who is curious with tape to come to us and just say hello. Use our years of experience to help your music!

For more information on RecordingTheMasters head to their website. Check out Neal’s label Night Dreamer as well as Artone Studios.