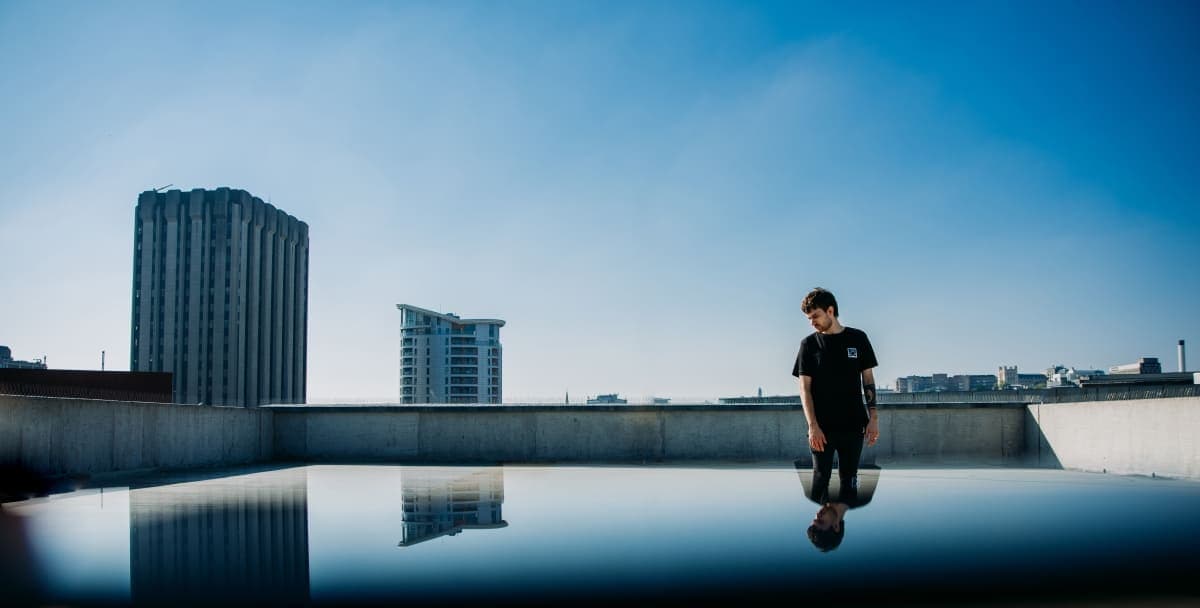 Drum & Bass producer Monrroe’s beautifully atmospheric, highly emotive, and euphorically tranquil approach to the genre has secured his spot as one of the scene’s most talented Liquid producers.

Now signed to Shogun Audio, as well holding releases on labels such as Liquicity, Galacy, RAM Records, Liquid Tones, and Soul Deep, Monrroe is proudly part of the current wave of artists pushing the envelope of the Liquid Drum & Bass sound.

We caught up with him to discuss his past, present, and future in the music industry, as well as touching upon his involvement with Shogun Audio’s latest EST Studios venture. 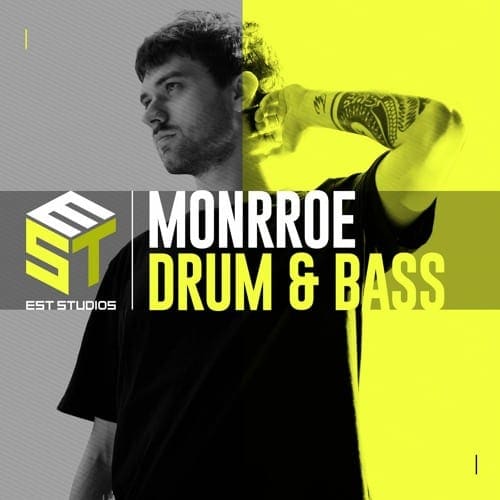 If we go right back to the beginning, tell me about your early musical influences during childhood and how you first got initiated into music?

Monrroe: I was kind of brought up on old-school Jungle. My mum used to rinse jungle back in the day. It was the old school stuff, artists such as Ganja Crew and Aphrodite. It all kind of stemmed from that.

Then as I got older, I started getting more into rock music which led to me wanting to make music. After that, I got really into the new age stuff through people like Joy Division and New Order. Those two influenced everything and it just went full circle and I got back into Drum & Bass again.

So, where does Liquid fall into all of this?

M: I heard City Life by Logistics and that was the first kind of Liquid I’d ever heard. I never knew Drum & Bass could be musical haha. I started to delve deeper into Liquid and found the deeper sounds of artists like Alix Perez and Halogenix. I knew that this was what I wanted to make.

When did you get your first DAW and start making music electronically?

M: I must’ve been about 15. I just started messing around on some really bad free DAW. That led on to Fruity Loops and then eventually Ableton which I’ve stuck with ever since.

I used to love Fruity Loops, but now I’ve swapped over to Ableton, I could never switch back.

M: It’s the workflow, isn’t it? As soon as I made the swap it was just a whole new world.

Since you’ve been producing, you’ve really managed to craft your sound around a really tranquil strain of Drum & Bass. What made you pursue this as your sound?

M: It started off as a way I could incorporate the musical side of what I do into Drum & Bass. It was the musical element that created a feeling of connection towards the music and that’s what drove me towards it. Before Liquid, for me, Drum & Bass was more just about breaks and heavy-hitting basses.

There’s still an element of that harder sound in your productions. That recent remix you did for Overview is a very dark track.

M: Yeah, I’ve kind of been going much more on a techier and darker vibe lately. The past couple of years, I’ve been steering more into the deeper side of the genre and getting away from the more euphoric sounding Liquid. When I first started DJing I always predominantly played heavy tunes.

On the subject of DJing, is it weird for you right now, making music that you know can’t get played in a club?

M: In the first few months, I was loving lockdown. Then when it started to drag out, I began to lose steam with making music. It’s hard to make tunes when you know there’s nowhere for them to go. A huge part of the writing process for me is going out and listening to other tunes through a system and thinking that I want to remake that. It’s such a big inspiration for me as a producer and it’s weird trying to emulate that feeling without clubs.

If we travel back in time to 2014, you had your debut release on Liquid Tones. Tell me about how that first release came about?

M: Dude, that makes me feel old haha. I was a big fan of the music Liquid Tones were putting out and I had a few tunes lying around, so I thought I’d send them just to see what happened. They asked if I wanted to release them and it was such an alien feeling.

I think that it really pushed me to think that maybe I can do something with this. I was in college and had plenty of time to learn about production. This gave me the kick up the ass that I needed. After this happened, I knew I had to try and release something on Liquicity.

And you did a couple of years later right?

M: Yeah, I played the festival as well which was a bit of a shock. I was nineteen and starstruck by the fact I was performing with artists that I’d grown up listening to. I was just thinking how did I get here.

Since then, you’ve released a host of music that has received millions of streams. Have you got a personal favorite release so far?

M: Probably ‘Out of Time’. It was much more of the sound that I wanted to be making. I think it was kind of that tune that I’d been working towards the whole time I’d been producing. The fact it’s done so well blows my mind because I didn’t think much of the instrumental. Then Zara (Kershaw) did the vocals for it and totally transformed it into a different tune.

These productions also led to you getting signed to Friction’s Shogun Audio.

M: Shogun has always been on my list of labels that I wanted to get a release on. It was around the time I was making the ‘Falling Apart’ EP for Galaxy and I was playing around with a lot of new sounds. Pete, Shogun’s A&R at the time, was emailing me back and forth and I ended up releasing my first release on SGN (Shogun’s sister label).

Pete then hit me up and invited me down to their office, I just thought they wanted to meet and talk about tunes. A few months later they asked if I wanted to sign for Shogun exclusively and from then I just thought my lifetime goal was achieved. It blew my mind and really inspired me. Having people like Ed (Friction) and Pete helping me has really helped me progress as an artist. 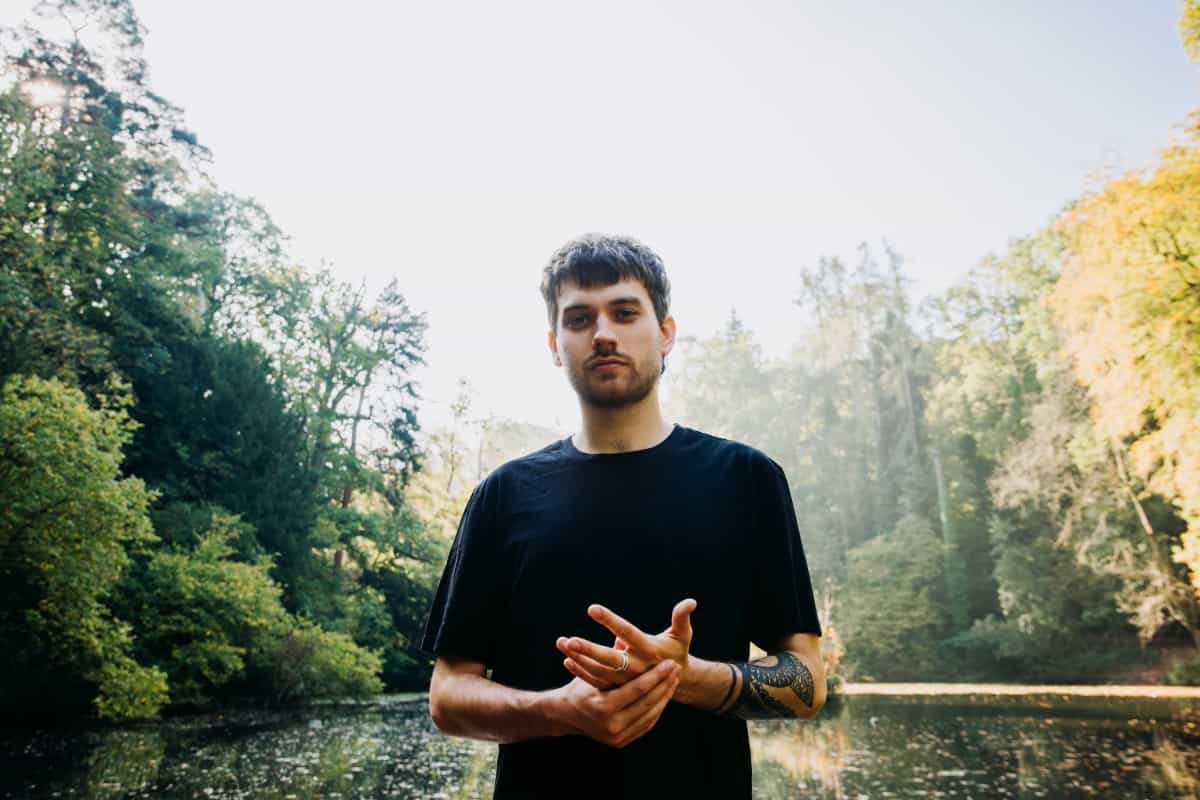 Is there an album on the cards?

M: Haha, dude I honestly don’t know, but it is always in my thoughts. I’m working on another EP for the summer and then another after that. At the moment I’m just chipping away at these EP’s whilst honing back in on my sound. I want to cement myself as someone who’s not only a Liquid artist and we’re using these EP’s to do that.

M: 100%. When that’s done, we can think about an album. If I do an album, I want to do it properly and lock myself away for a few months without seeing the world. Fingers crossed Shogun still wants me for an album at some point haha.

So this new venture for EST Studios, tell me about your role with it.

M: EST has been wicked to work with. It’s really nice to do something different as well. I’ve never thought about doing a sample pack before, but now that I’ve had a go at one, I didn’t realize how much work it would be haha. 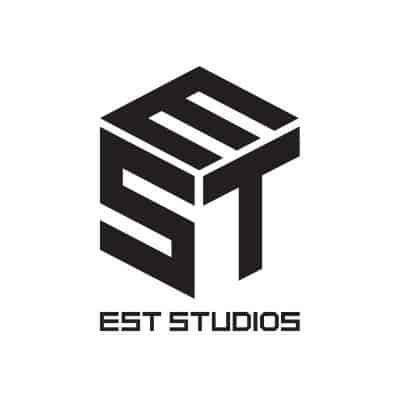 What sort of sounds can we expect in a Monrroe sample pack?

M: It’s a mix of everything. A load of drums, atmospheric bits, and musical bits. It was a totally different approach making sounds and thinking that they weren’t for me, with a sample pack it’s for different people. It was hard trying not to get too attached to them. It was good fun and it’s weird how much I’ve started to use it with my own production. EST has got some other really cool stuff in the pipeline too.

(If you want to read more about creating sample packs, make sure you check out our deep-dive interview with sound design wizard Ténèbre!)