Nathan Scholz
AmplifiersBuyer Guides
Disclosure: We may receive commissions when you click our links and make purchases. Read our full affiliate disclosure here. 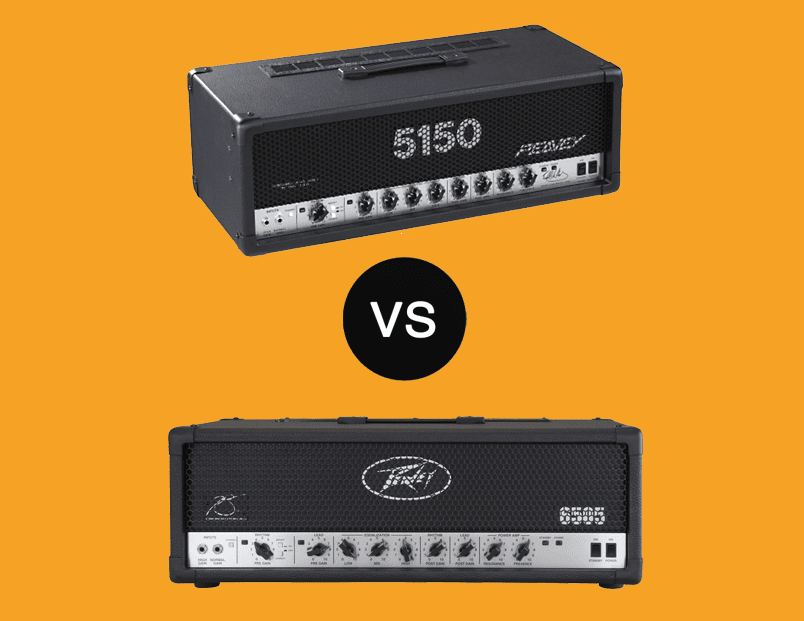 The Peavey 5150 is lauded as one of the best modern amps for high gain rock and metal sounds since its debut in 1992. The newer 6505 is also regarded as an excellent amp for high gain tones, and has an entire line of different configurations to meet the needs of any guitarist looking for a huge and heavy sound.

But what exactly are the differences between the Peavey 5150 and the 6505?

While there are plenty of “tone hounds” out there that will claim that certain eras of the 5150 sound significantly better than any of the 6505 amps that are currently produced, in reality, the amps both feature pretty much the exact same design.

Any real perceived difference probably comes down to whatever brand of tubes were put in the original Peavey 5150 amp compared to the modern 6505.

A lot of players claim that the original tubes in Peavey 5150s are better than what is currently put into the 6505 amps. If this is something that bothers you, there’s some good news – upgrading the tubes in your amp is easy, and good tubes aren’t even that expensive.

So there’s one relatively cheap and simple upgrade you can make to a 6505 to make it the “same” as an original 5150. I’d liken it to saying that having a vintage 1176 compressor might be “better” than a modern production model from UA, but both will get the job done just fine. 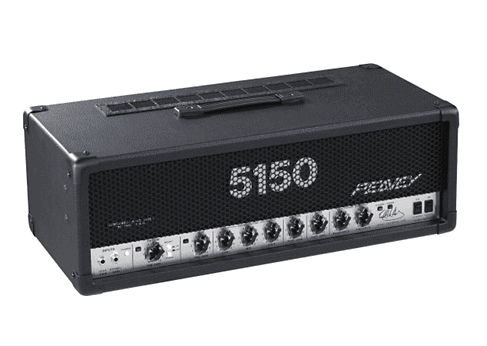 The 5150 lets you experience 120W of smooth crunch and dense harmonics. Five 12AX7s in the preamp and four 6L6s in the power amp provide all the gain and tone you'll need.

Why We Love It:
View Price On Thomman

One major difference in a vintage Peavey 5150 is that these amps were originally manufactured in the USA, which is something that production model 6505s are not. While I also don’t want to make too many generalizations, most professional guitarists agree that American-made amps are typically more reliable than amps made with printed circuit boards in China. But that is not to say that the 6505 is not a great-sounding amp, and if it fits your budget and it’s the sound you want then go for it.

A more significant tonal change would probably come from whatever cab you decide to pair with your 5150 or 6505. Both amps are known for having a pretty intense midrange, designed to cut through as a metal lead guitar amp.

Pairing your amp with speakers that scoop the mids a bit might make the amp a more all-around versatile rig, but at the end of the day that is largely up to the player’s preference.

Just know you are not going to end up with a portable rig no matter which model you go with. 100 watts of all-tube power demands at least a 2×12 amp, but really they sound best through a 4×12…or two.

The Peavey 5150 was originally designed by Peavey engineer James Brown and released in 1992 as a signature model amplifier for the legendary Eddie Van Halen.

Eddie was known for his exacting and almost obsessive approach to guitar tone, and was looking for Peavey to produce an amp that would be able to help him achieve his signature sound night after night on the world’s biggest stages.

The resulting amp, the Peavey 5150, was an absolute powerhouse: 120 watts, powered by five 12ax7 preamp tubes and four 6l6GC power tubes. The control layout is simple but effective: two channels, one for rhythm, one for lead.

While the rhythm channel works great for getting anywhere from moderate overdrive to classic rock crunch, the lead channel is where the 5150 gets its legendary tone from. With an ungodly amount of gain on tap, the 5150 was instantly adored by heavy metal and hard rock players looking for an amp that would give them more, and was known for helping define a new generation of hard rock and metal tones with its unique sound.

The original Peavey 5150 ultimately had a couple of incarnations that you can still find on the used market today. The original, “block letter” versions of the amp supposedly sound better than the later “signature” models that feature EVH’s signature on the front of the amp.

The 5150II featured the addition of an extra preamp tube in the rhythm channel so that it remained clean over a wider range of the gain control. It also added separate EQ controls to both channels so you could fine-tune the tone of each channel. The Peavey 5150II also generally regarded as having slightly more gain than block letter models, and with the additional EQ circuit, you can get more usable clean sounds out of the amp.

Having said that, if you’re buying this amp purely for its clean tones, you aren’t really getting the most out of it. Perhaps you should consider the classic Roland JC-120 Jazz Chorus instead!

Ultimately, Eddie Van Halen ended his endorsement with Peavey in 2004, and with that, production of the 5150 came to a halt. Due to the amp’s massive popularity and continued use across the music industry, Peavey decided to rename the amplifier and continue selling it as the Peavey 6505.

Once the relationship was over, Peavey had to change the name of their now-iconic amplifier that they had created with Eddie. The name 6505 was chosen to celebrate the 40th anniversary of Peavey producing amplifiers (1965-2005). The initial run of 6505 amps is identical to the 5150 models produced up to that time, and merely features a new name. Since then, the 6505 has expanded into a larger and more successful amplifier line for Peavey. 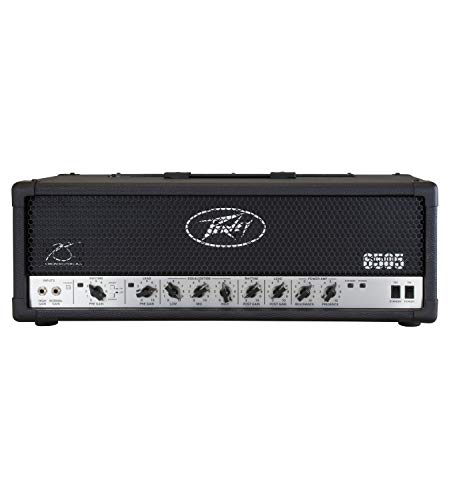 The 6505 Series is one of the go-to guitar amplifiers for scores of rock, hardcore, and metal bands for their raw tone, relentless power, and road-proven reliability.

The first variant produced of the 6505 was the 6505+, which is identical to the 5150II, featuring the extra preamp tube and separate EQ controls. Again, this amp was released after Van Halen ended his endorsement, but Peavey continued to produce the amplifier.

10 Of The Best Platforms For Creating Music Merch

Peavey also has the 6534 amplifier, which is the same circuit as a 6505+ but features EL34 power tubes which give the amp a more British-sounding tone. This variant still features the incredible gain that the 5150 and 6505 are known for.

In recent years, Peavey has also jumped on the wagon for “lunchbox” sized versions of the 6505, like the 6505MH mini head, which comes in at a cool 20 watts.

This version features the same iconic tone as the larger 6505, but does not feature independent EQ for the two channels. It also has a host of convenient outputs for use in recording or live applications. This amp can be a great option for players looking for the sonic signature of the 5150/6505 without peeling the paint off your walls.

(Guitarists after an enormous amp sound that won’t enrage the neighbors can check out our roundup of the best amp-in-a-box pedals!)

While Eddie Van Halen ended his endorsement with Peavey in 2004, he did not end his artist endorsements with other instrument makers. He ultimately teamed up with Fender to produce his line of EVH guitars and amplifiers, including a new version of the 5150 amplifier, the 5150 III.

The 5150 III features, you guessed it, a third separate channel with a full EQ section. Sound-wise, these amps still very much fulfill the “5150” sound (they were built to Eddie’s specs, after all) but with some more modern features like a preamp out for recording, as well as a 50-watt option for those looking for a slightly “tamer” way to get the 5150 sound.

Ultimately, the biggest difference between the various 5150 amps, from original Peavey models to modern 6505s and the EVH 5150s is really just branding and nomenclature.

All of these amps feature the same circuit electronically (give or take minor components) and are all designed to replicate the EVH high gain sound that so many guitarists know and love.

Generally, original Peavey 5150s are regarding as having the best stock tubes, and if you can find one in good condition on the used market you can save a little bit of money and get a classic tone found in few other amps.

The design of any 5150 vs 6505 is identical in layout, and the EVH models feature minor variations that are generally more modern in design. Any of them make fantastic tube amps that will give you the crushing high sound you need for modern rock and metal. Just be wary that they will also make your neighbors hate you with their 50-100 watts of all-tube power.

The 6505 Series is one of the go-to guitar amplifiers for scores of rock, hardcore, and metal bands for their raw tone, relentless power, and road-proven reliability.