Line In vs Mic In (Line Level Explained For Dummies) 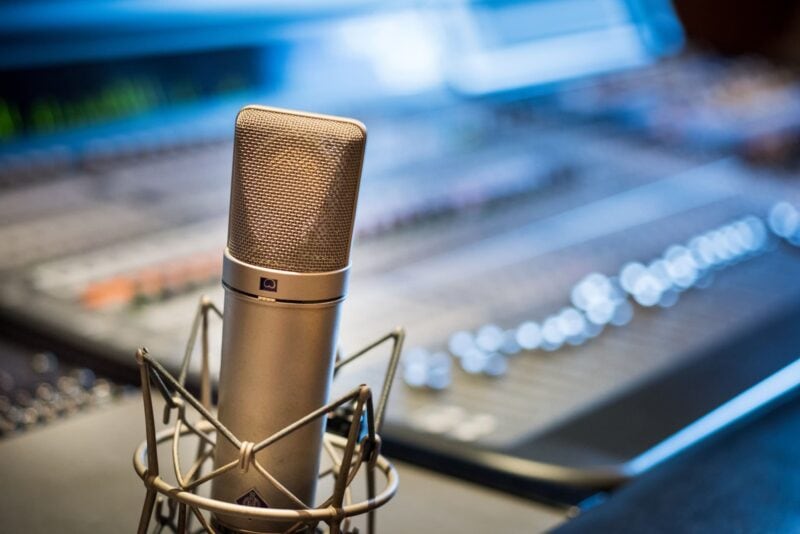 Line-in and mic-in pop up frequently in setup related questions. People often struggle to tell the difference because it involves some basic knowledge of voltage levels. But you can end up damaging the sound if you mix up the two.

Line-in and mic-in are audio inputs but they are indicative of the voltage level of the audio signal. Line-in can handle strong (think loud) currents whereas a mic-in can handle very low level of currents.

With audio signals, sound is transferred as a voltage into our mixers, audio interfaces, amplifiers, and speakers. These levels can be low or high and the inputs are designed to ‘anticipate’ a certain level of currents. This is where we get the terms mic-level (for mic-in) and line-level (for line-in). Knowing the difference is important and in this article, we’ll flesh out the differences between signal levels and the corresponding inputs.

The Difference Between Mic-in and Line-in

A line-in (line input) is an audio socket that is found on audio interfaces, computer sound cards, and some mixers. It’s used to connect an external audio device such as an instrument, microphone, or CD player (remember those?).

It might be cumbersome, but reading a product manual is the best way to understand an audio device to figure out the right inputs. Several wireless receivers, for instance, have different output levels. Reading the manual ensures that you’ll connect it properly and avoid any damage to your equipment.

The line-level signal is about one volt, or about 1,000 times as strong as a mic-level signal. The two signal types do not ordinarily use the same input. This signal travels from your pre-amp to the amplifier.

You have an RCA, quarter-inch jack, or 3.5 mm jack for a line level input. You typically use a female XLR connector for the mic-level input.

Line-in is the highest pre-amplification level in both consumer and professional audio products. It runs at 10kohm as opposed to a mic-ins paltry 600-1Kohm.

A mic-in is the input designed to handle the mic-level signal intensity (from a microphone) and line-in is designed to handle line level intensity. That’s why you have an inaudible signal when you plug your microphone into a line-level input. So you can think of signal level as “volume” if you want to simplify things.

The Four Type of Audio Signals

We will detail the difference between line and mic level in detail, but let’s brush up on the four types of signals that you will encounter in the audio world.

What Is A Mic Level Signal?

This is for directly plugging in microphones without preamps. This will almost always be via an XLR cable. Mic-level is the weakest audio signal of all the types. It’s mono with terribly low-level signals, usually around between -60 to -40dBU. You have to bring up mic level signals to line level somehow, most commonly by using a preamp or a mixer.

Most audio interfaces have a pre-amp to bring the mic level of a microphone up to line level. You can also buy standalone preamps that are better than the built-in preamps of your audio interface. Some standalone pres are famous for being transparent (clarity) while others are sought out for their ‘tone color’ or unique sonic character.

What Is A Line-Level Signal?

Line-level signals are one volt, which may sound small but it’s still a big leap from mic level signals. That is why the line level input and mic input cannot be used interchangeably. A line-in signal carries the signal from the pre-amp to the speaker amp. Typically, mixing desks and mic-pres work with line level operators.

Based on the types of audio gear, line levels exist in two forms:

Mixers, preamplifiers, standalone preamps, and inline mic preamps are the most commonly used devices to boost microphone levels to line-level signals. This boost ranges from 45 to 70db based on the quality of the preamp. Standalone preamps can be single or multi-channel and mixers allow you to combine multiple signals to a single output.

Inline mic-preamps like Triton Audio FetHead of Cloudlifter CL-1 are also used for a +25 dB boost on dynamic microphones to bring them up to line level. They are popular with ribbon and dynamic microphone users, especially in the broadcasting and podcasting realm. 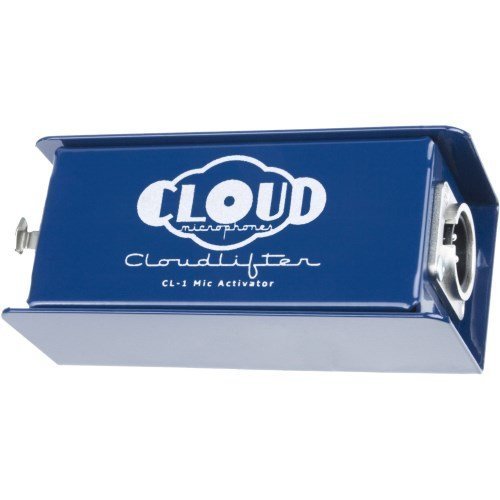 Place the Cloudlifter in your signal chain, hit it with phantom power and your dynamic mics will shine like never before!

In a recording scenario, you will connect a mic into a mixing console or audio interface to record vocals or an instrument. This microphone goes into a mic-level input that is connected to a preamp in the mixer or audio interface.

The built-in preamps on audio devices are designed to boost the signal to line level. They typically are accompanied by a knob to adjust the gain for the preamp.

Can You Use Mic In As Line In?

No, it will overload if you hit it with a line-level signal. What you hear will be loud and distorted and may even damage your equipment.

You can eliminate some of this distortion by reducing the output level of the source but it will compromise the signal-to-noise ratio. You can use a pad or a two-port device called attenuators to weaken the line-level signal by up to 50dB. 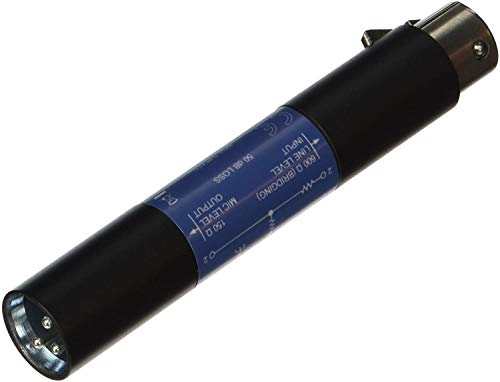 The Shure A15LA 50 dB attenuator reduces the level of an audio signal by 50dB. This allows a line level output such as an aux level output from a mixer or playback device, to be connected to a microphone input on another mixer or recorder.

Attenuators reduce the power sent to the connected load and thus allow you to connect a line-level source to a mic input. Some attenuators such as the Shure A15LA have a fixed attenuation (50dB) while others have a switchable/variable amount.

There will be times when you are dealing with equipment or devices that don’t have input options. If you wish to connect a line-level signal to a mic-level input you can use a DI box.

Can You Use Instrument Level Instead Of Mic Level?

Instrument level signals sit between mic level and line level signals. These signals still need preamplification to bring them up to line level. You encounter them while recording instruments such as an electric guitar or bass.

These instruments are unbalanced, which can result in noise if you are using long or poorly shielded cables.

The ones with pickups (guitar/bass) have high-impedance signals. If you run them through a low-impedance input, it will shave off a lot of the detail in the top-end. Both these issues can be remedied with a passive or active DI box such as the Countryman 85, Radial Pro DI, or Rupert Neve RNDI.

What Is A Speaker Level Signal?

A speaker level signal refers to the post-amplification signal. This is the signal when the line-level signal travels through the amplifier into the speakers. It’s the loudest of the four types of signals and has more voltage than line level. Always use good-quality speaker cables for safe signal transfer.

(In case you didn’t know, speaker cable length matters! To find out how read Does Audio Cable Length Matter? (Here’s Your Answer))

Is Aux-in The Same As Line-in?

Line signal level is 1 volt and aux level is 0.3 volt. Aux level is close, but not the same thing. Aux inputs can be found on consumer products like Bluetooth speakers and home theater systems. They are always unbalanced. You cannot use an aux-in for a microphone.

What About Phono Input??

This is for record players / turntables. The direct signal from a turntable requires a special kind of equalization before it is sent to your amp. This is partly because if a record has too much low-end, the needle can skip, and also because it allows for more recording time.

If your amp has a phono input, it will apply RIAA equalization to this input so that your records sound like high-fidelity audio. Some turntables have an optional line or aux output with this equalization already applied, or a switch that lets the user decide.

With that, we’ve covered the basics of these two audio signals. I hope my “inputs” have been helpful.

I’ll leave you with a summary of the salient points to remember: