8 Bands That Sound Like Led Zeppelin: New & Old (With Examples)

If you’re a fan of guitar music, in fact, if you have any interest in music at all, then you’ll likely know at least something from the name Led Zeppelin.

Whether it’s the chugging intro riff of Whole Lotta Love or the ridiculously catchy groove of Immigrant Song, rock bands have been citing them as an influence for decades.

Not only that, but Led Zeppelin songs have been featured on countless movies and TV soundtracks (for anyone familiar with Top Of The Pops in the UK you’ll no doubt recognize the intro music!).

With such a big impact on the music industry, it’s no surprise to hear the sound of Led Zeppelin in many other bands’ and artists’ songwriting. Whether it’s a small tinge or a full-on homage to arguably the greatest classic rock band of all time.

In this article, we’re taking a look at 8 bands, both new and old, that sound like Led Zeppelin. 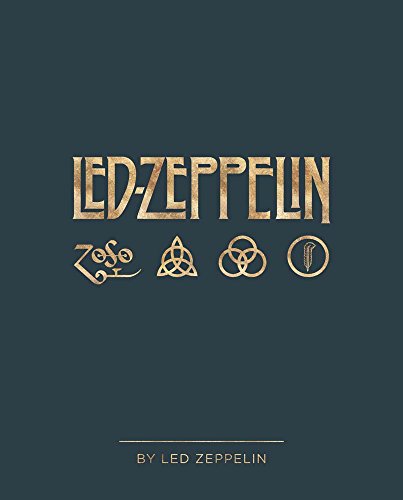 In fact, both bands were formed at similar times during 1968, although Zeppelin rose to household name status a few years before Deep Purple. So it wouldn’t be much of a stretch to say Led Zeppelin had an influence on Deep Purple’s sound.

However, Ritchie Blackmore of Deep Purple is said to have teased Led Zeppelin for stealing their sound!

The truth is there are similarities but both deserve credit for their influence on hard rock and guitar music as a whole.

Check out Deep Purple’s ‘Highway Star‘ against Zeppelin’s ‘Communication Breakdown‘. Both are great and original songs in their own right, but when put against each other you can hear similarities.

Another absolute heavyweight in the story of hard rock, Black Sabbath has had an equal impact on music as Led Zeppelin.

Tony Iommi’s dark, almost satanic riffs combined with Ozzy Osbourne’s shrieking vocals are certainly distinct but there are points where they share similarities with Led Zeppelin.

Iommi famously lost two fingertips on his right hand at a young age due to an accident at a factory he worked in.

This might not have been such an issue in terms of his guitar playing, but as he is left-handed this meant it was his fretting hand that was affected.

To counteract the problem he crafted prosthetic fingertips to use when playing guitar, which makes his solos and riffs all the more impressive to listen to.

As another band that formed in 1968, at points it’s easy to hear similarities between Black Sabbath and Led Zeppelin. Sabbath famously went on to be credited as one of the founding bands of heavy metal.

Check out Miguel Sequeria’s awesome side-by-side comparison of Sabbath and Zeppelin’s riffs to hear the similarities.

You can tell them apart by Sabbath’s far darker undertones, but nonetheless, both do share some things in common.

Another band formed in the 1960s, so it’s understandable that the two share some similarities.

Arguably, The Who had more of a leaning toward pop music in some of their tracks like My Generation. But they were still a band that matched Zeppelin’s live energy.

Depending on who you ask, some would claim Jimmy Page beats Pete Townsend to the post as a more talented guitarist, whilst Townsend was a better overall songwriter.

Regardless of opinion, both are great bands with some truly great moments both on record and live.

We’d highly recommend checking out The Who live at the Isle of Wight Festival, not only to pick up on some of the similarities between them and Zeppelin but also as it captures a seriously energetic performance from the band and their legendary drummer Keith Moon!

Kingdom Come are definitely a band who share a similarity with Led Zeppelin, although for this article we’re going to specifically mention their track ‘Get It On’.

Released in 1988 you can easily hear hair metal influences both in the songwriting and production, but the guitar work and soaring vocals of singer Lenny Wolf definitely lend themselves to Page and Plant respectively.

The similarities go that far that on release of ‘Get It On’ fans actually believed the track was the work of the surviving members of Led Zeppelin, releasing new music following the death of John Bonham.

Their debut album went platinum, likely in no small part to the success of this single, but ultimately their second album didn’t reach anywhere near the same level of success. Such is the fickle music industry!

If we’re talking about a band as influential as Led Zeppelin then we’re obviously going to come across new bands that cite them as an inspiration.

It’s no surprise to hear their style being passed on through generations of bands, even those that you wouldn’t label as classic rock.

In fact, if you’re familiar with any of their material you’re probably aware that they certainly have leanings towards Zepp.

For those unfamiliar, Greta Van Fleet is an American rock band, formed in 2012 who are fairly well known for their similarities to Led Zeppelin. Although they tend to downplay it.

They are known to acknowledge Led Zeppelin as an influence but as you can imagine, their sound has really divided music fans!

Whatever your opinion, you can certainly hear Led Zeppelin in their sound (and in fact often their stagewear!) and this has even led Robert Plant to label them as ‘Led Zeppelin 1’.

Regardless of your opinion, we’d highly recommend checking them out, in particular their track ‘Highway Tune’.

Rival Sons are an American rock band hailing from Long Beach California that formed in 2009.

Like many rock bands, Rival Sons combine huge guitar sounds with powerful vocals and thumping drums. But after listening to them it’s pretty easy to identify some parallels between them and Led Zeppelin.

In fact, their drummer is famously known for being a huge John Bonham fan, so it’s understandable that the influence creeps in.

This, combined with singer Jay Buchanan’s punchy vocals that are definitely reminiscent of Robert Plant’s, plus some super catchy bluesy guitar riffs, it only takes one listen to hear the Lez Zeppelin influence.

Of course, this is by no means a bad thing and Rival Sons still maintains a fresh sound that certainly isn’t treading over old ground.

Check out their video for Pressure and Time and you’ll almost certainly hear some mighty Led Zeppelin vibes!

Another modern band that often sounds like Led Zeppelin, The Black Keys writes some extremely catchy tracks that definitely borrow from Jimmy Page in parts but still maintain their own identity.

The Black Keys are a duo, which sonically can create restrictions within a band, but guitarist/singer Dan Auerbach and drummer Patrick Carney manage to craft a unique sound.

If you’ve heard ‘Lonely Boy’ then you’ll know these guys have a serious skill for writing catchy songs, and whilst there may be some aspects borrowed from Zeppelin, this becomes almost a blues, surf rock, radio hit that you’ll be singing for days!

Check it out below to hear the folky, acoustic intro that builds into a full-on rock anthem at the end, where you’ll hear a guitar tone reminiscent of Jimmy Page.

A band that have exploded within the music scene in recent years is Royal Blood. The UK based duo make a huge noise despite having only two members, with singer/bassist Mike Kerr filling in the void where a guitarist would usually reside!

As far as sounding like Led Zeppelin they are arguably heavier and naturally not having a guitarist means you aren’t going to be hearing solos in the vein of Jimmy Page (although Kerr does a great job of making his bass sound like a guitar at times).

If we’re talking a modern equivalent of Led Zep, Royal Blood could arguably be the band you’re looking for. In fact, don’t take it from us, take it from Jimmy Page himself who said about the band:

“They’re such fine musicians. However long the set was, I could have heard twice as much. Their album has taken the genre up a serious few notches. It’s so refreshing to hear, because they play with the spirit of the things that have preceded them, but you can hear they’re going to take rock into a new realm – if they’re not already doing that. It’s music of tremendous quality.”

Why is Stairway To Heaven a ‘Forbidden Riff’?

Usually said in jest, there are certain songs to avoid playing when trying out a guitar, such as Smells Like Teen Spirit, Smoke On The Water, or Enter Sandman. Stairway To Heaven is one of these.

To read more about the ‘forbidden riff’ check out our article on Stairway To Heaven.

What do critics say about Greta Van Fleet?

Personally, we don’t feel this is necessarily a bad thing, but as with many bands who have a clear influence on their music, critics often don’t take well to them!

When their debut album Anthem of the Peaceful Army was released in 2018, many jumped straight onto the band’s sound and discounted them due to their similarities to Led Zeppelin.

That’s not to say their music isn’t enjoyable, but it did seem to be the case that critics and reviewers struggled to look past this!

Why did Led Zeppelin break up?

It’s not uncommon to hear about in-band arguments or disagreements causing breakups. Often it’s personal or creative differences, sometimes it just comes down to money.

Led Zeppelin, unfortunately, had a much darker trigger to their break up in 1980 when their drummer John Bonham sadly died.

Choosing not to replace him, the band released a statement saying they would not continue without him out of respect for his legacy.

Why is Led Zeppelin so famous?

This is a question that is both very easy and very difficult to answer!

After all, if there was a formula for creating music that would be famous for decades to come, then we’d all be making it.

The reality is Led Zeppelin was just a fantastic mixture of musicians who, when put together, created something unique, special, and relatable.

Jimmy Page is often cited as one of the most innovative guitarists of all time, experimenting with different tones and tunings in his own style.

The same can be said for John Bonham who is still to this day labeled as a key influence on modern drummers.

Robert Plant also had an extremely unique voice and incredible stage presence, whilst John Paul Jones is a master of multiple instruments and offered so much more to the band than just being a bassist.

Craving more Zep? Check out our post on Jimmy Page’s favorite amps and his amp settings.