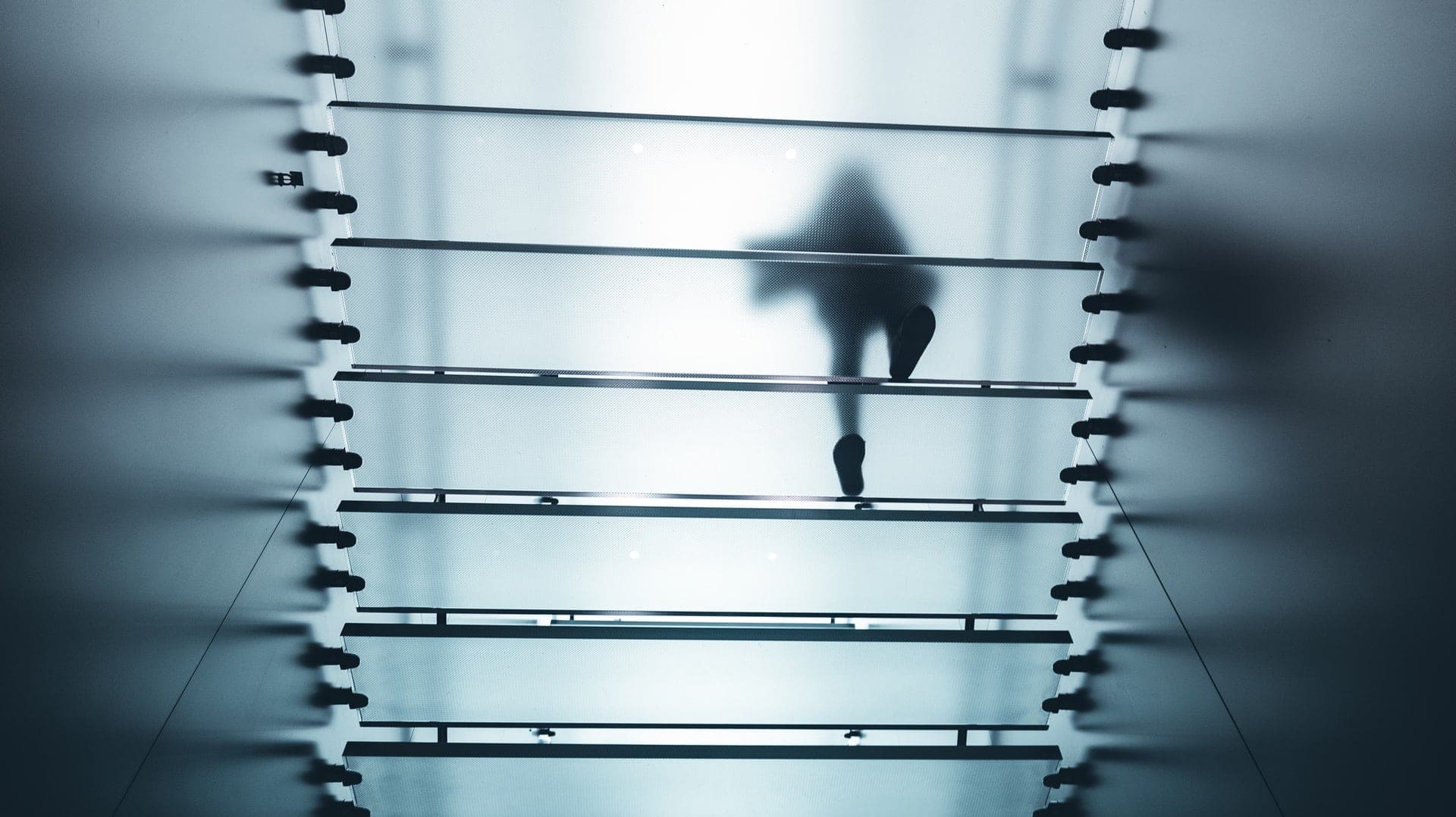 Gender Inequality In The Music Industry (Breaking It Down)

On Navigating A Male-Dominated Audio World

I remember the first time I stood before a two-meter long, analog mixing desk. It was beautiful, majestic, and absolutely terrifying! That was during my first audio engineering course and after weeks of studying electronics and memorizing the signal flow, the lecturer asked us the dreaded question: ‘’Who wants to give this a go?’’. The phrase that made my stomach turn.

There was nothing I wanted more in the world than to sit in that presidential leather chair and start playing around with pots and faders, yet I took a glance around the room and all I kept thinking was…

“If you mess this up then that’s it!”

Don’t get me wrong, I loved my classmates, but being one of the only 3 women in the whole course, the thought that I had no option for failure if I wanted to prove that I was “just as good as the boys” was one that hung above my head throughout my studies.

In my case, that was my drive, my motivation, and what kept me going.

Revisiting this moment 10 years later though, I realize how dangerous and demotivating this experience could have been.

And in many cases, unfortunately, it is.

Fast forward to 8 years later, on my first day as a sound engineering tutor in a course designed for womxn.

And that’s when it hit me, that this was the first time in my life I was in a studio surrounded by womxn only, talking about all things audio!

I felt happy, comfortable, and depressed at the same time. I felt depressed because I realized that my journey through the audio industry was a male-dominated one, that I had seen little to no representation of my gender in classrooms, studios, or virtually any other aspect of my sector.

As a woman trying to make it in the audio industry, it was made pretty clear to me from day one that there would be no plain sailing.

Failing interviews because I wasn’t “muscular enough” to lift the equipment (even though that wasn’t part of the job description), being constantly asked if I was “the singer” in live venues, having to constantly prove my skills and make no mistakes to gain my clients’ trust and having to politely fend off inappropriate comments and behaviors, inequality became my close companion from the get-go of my career.

In fact a Musicians Union study found that 50% of musicians quit the industry due to abuse and sexism.

While the past few years have seen a rise in awareness of the inequalities within the industry and efforts are being made towards changing the face of audio, recent reports show that we are still nowhere near there.

The numbers speak for themselves and are very disappointing, with a mere 5% of all producers being women.

And for those who manage to get their foot through the door, it’s not easy from there. Women often have to face distrust in their skills, stereotypes, and inappropriate behaviors in their line of work, which makes developing a career in the audio industry even more difficult.

A 2019 study by Smith et al, revealed that 39% out of the 75 women songwriters and producers who participated, reported being objectified whereas 28% reported being dismissed in the recording studio.

But how can we do better?

Exposing the issue is a big step towards improvement, and the past few years have seen a rise in campaigns, support groups, events and many other collective efforts to promote awareness and motivate more women to pursue a career in audio.

Did you know – 71% of sound engineers have worked for free in the last 3 years?

However, thinking about all those starting to take their first steps in the audio industry, it is equally important to show that there is also a wonderful world of support out there and everyone should use it!

Let’s take a look at the resources available for every step of your audio journey.

Where Do You Start?

Audio engineering and music technology can take you down many paths.

You can become a recording engineer, a foley artist, a music producer, audio programmer, acoustic engineer, and the list goes on and on and on. The best way to explore your options and find your own path is through joining a course.

Taster courses are a great option and you can find many of them online and for free.

Platforms such as edX, Coursera, and Soundgym are great intro options. Another great option is to enroll in courses dedicated to women like Saffron Record’s “Saffron for Sound”, Xylo Aria’s “Music Production for Women”, as they can offer a great learning experience in a supportive and safe environment.

So, you have taken the first step and now you’re hooked! What about support options along the way?

Joining relevant groups and organizations can be very helpful throughout your audio journey.

Organizations like Women’s Audio Mission, Soundgirls, as well as the Audio Engineering Society’s Diversity & Inclusion Committee, have a worldwide presence as well as strong online communities and can help you gather information, advice and start your networking in the industry. They also organize workshops and events to help you advance your skillset!

So You Graduated… What Now?

Yes, this was already hard to achieve before and a global pandemic has made it even harder, however, there are always people out there who are happy to share their knowledge and even offer e-shadowing to get you familiar with the ways of the industry.

The 2020 pandemic has brought the audio industry to a halt and many engineers have kindly offered to use this time to share their knowledge and help new starters.

Online groups on social media like the Soundgirls Private Facebook Group, Saffron Womxn, Sound Women Network, shesaid.so are a great way to socialize and meet like-minded people. These groups offer a welcoming community and a lot of support to fuel your engines.

Also, be on the lookout for mentorship and internship opportunities by joining the newsletters of relevant organizations.

Although women in audio occupy a tiny part of the sector, there are still many great women producers and engineers out there and it is very important to acknowledge and celebrate their legacy and contributions.

Hearing their stories can be a great motivation throughout your journey, as there is no greater feeling than seeing yourself represented in role models you admire.

One of my greatest memories was when I attended WAM’s panel discussion “For the Record: Engineering Prince” last year at the 147th AES Convention in New York. The panel featured Lisa Chamblee, Sylvia Massy, Peggy MacCreary and Susan Rogers, all sharing their experiences while working with Prince.

Having always been a massive fan of their work, seeing them in person and hearing their stories made me feel very inspired. Joining talks, workshops and masterclasses with role models in the industry can fuel your passion and motivate you to follow their steps!

Finally, always remember that this may be a bumpy road, but you don’t have to walk it all alone. There are many women and many supporters out there trying to combat inequality and change the face of the industry, so keep your passion, reach out when you need to, connect and use every resource available to you!

Supporting Thoughts From Across The Music Industry

However, we don’t want the discussion to end here. Leave a comment at the bottom of the article and let us know your thoughts on the matter.

The industry is certainly still very much male dominated however over the last 2 years touring with Slow Crush, I’ve definitely seen an increase in the number of femxles in bands or in the technical crew. I get overly excited when I find out the resident sound engineer is a woman. Not due to the “novelty” of their being so few out there but because every female sound engineer who has mixed us live has pretty much got our sound spot on with little to no correction from our end. And that’s saying a lot because with the soft vocals vs. wall of fuzz combo, we’re an extremely tough band to mix.Isa Holliday (Slow Crush)

We had a show, I think six years ago. Somebody from the audience told me I should reconsider my appearance. That person told me I looked too sporty and should wear a dress and heels… Surround yourself with good people. Don’t have prejudices against certain genders in this industry. This isn’t 1970 anymore and there is a change. People fought hard and raised their voices. I started playing in bands since 2003 and I promise you, things are different.Stefania Mannaerts (Brutus)

I think there’s a lot of talk about gender equity, but until there are more women and transgender and non-binary people on stage and in leadership positions (and not just white women) we’re not going to get very far. There is absolutely no excise once this pandemic is over for an all white, cis-male tour. Get proactive about safe spaces, curating and hiring without bias and pay transparency. Men – step the fuck up!Shawna Potter (War On Women)

Since starting out as a producer it has been impossible to escape the fact that I was a minority. I studied music where I was the only female, being taught by only men… There is still a long way to go with inequality in the industry. But, womxn are creating a space within the industry. Some are even occupying that space with business ventures, lectures, group networks, workshops, labels, this is going a long way to making music feel more inclusive. Hopefully, the days of being totally ignored by a male sound engineer will soon be in the past!Kayla Painter

Next up, make sure to check out 11 Organisations Making A Difference To Music & Mental Health