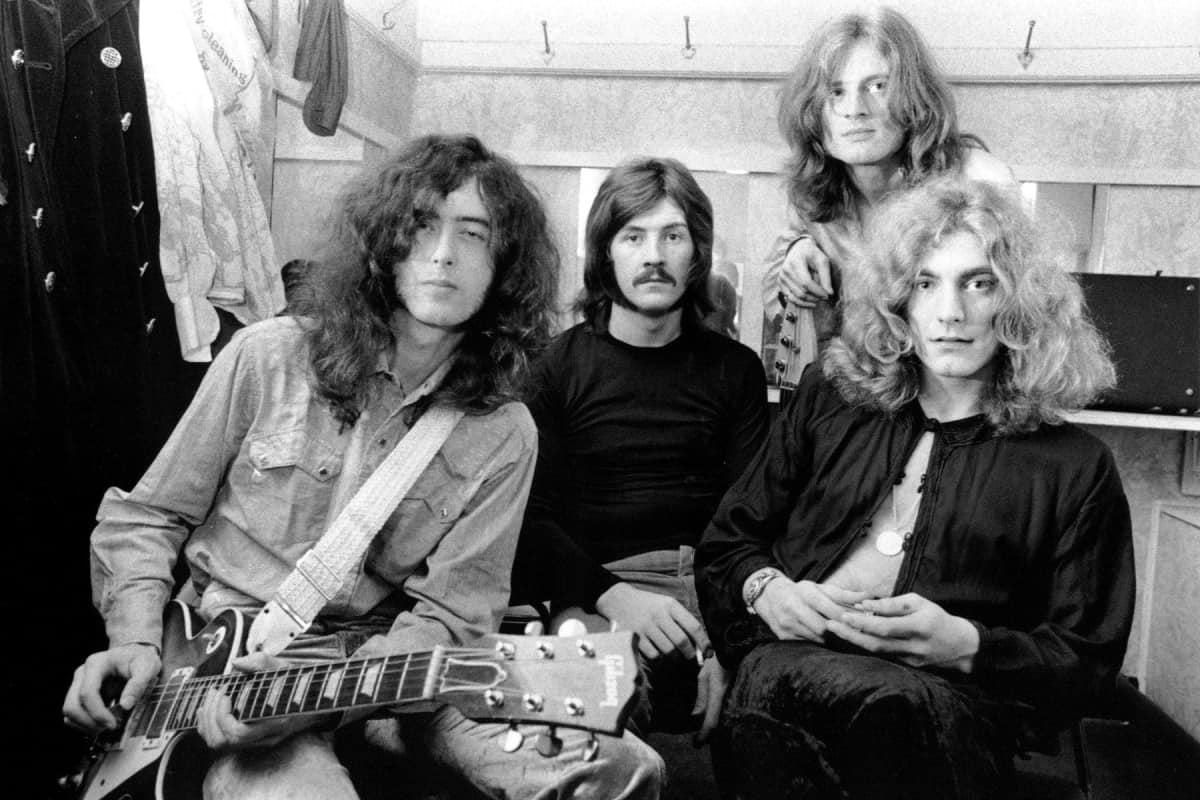 You’d have to be living under a rock – on another planet – if you haven’t heard Led Zeppelin’s Stairway to Heaven.

Released in 1971, the song is a part of the wildly popular Led Zeppelin IV album. It has been repeatedly voted as the most popular rock song of all time. But beyond the fanfare and success, the journey of Stairway to Heaven is marred with allegations of copyright infringement and a complicated, drawn-out legal history.

The song opens with acoustic arpeggios and a chord progression that resembles a song called Taurus.

The similarity, coupled with Zep’s association with Spirit in the late 60s and early 70s, sparked searing drama, accusations, and endless flame wars on forums. I dug deep into the history and origins of the copyright feud, and in this article, we’ll get into what makes it so rich and fascinating.

Randy Wolfe and The California Spirit

Randy California’s unique amalgam of jazz, prog, blues, and rock righteously made him a “guitar genius”. At 15, he spent three months playing five nights a week in Greenwich Village, New York. He was also invited to sit in with Jimi Hendrix after the two met at a New York music store.

The two virtuosos parted when Hendrix flew off to London with Chas Chandler, the bassist from The Animals who later became his manager.

Underage Randy went back to Cali and formed his part-prog, part-psychedelic outfit that eventually became known as Spirit. The band started off as Red Rooster, quickly changed to Spirit Rebellious, and eventually settled on Spirit.

Spirit debuted with an eponymous album in 1968. Among it was an instrumental called Taurus, written by Randy “California” Wolfe.

I Got a Line on You was released as a single in November that year. It is purported to be Spirit’s biggest hit (#25 on the US charts). Spirit’s success may have eroded more from our recollection compared to Led Zeppelin’s juggernaut fame. But they weren’t exactly small potatoes back then.

Led Zeppelin was their opening act for their US tour in 1968. Led Zeppelin even covered one of Spirit’s songs in front of a packed Denver Auditorium.

The two bands appeared in a couple of music festivals together in 1969. In Mick Wall’s Led Zeppelin biography, he proclaims that Jimmy Page’s use of a Theremin was inspired by Randy California himself.

Randy California had a glorious career and a large fan-following for his guitar work with Spirit and beyond. Tragically, he met with an untimely death in 1997.

When the Levee Breaks

In 1977, it was the first time Randy publicly claimed that Led Zeppelin had “ripped-off” his instrumental Taurus and made millions on it. Yet, he didn’t follow any legal course because he was too broke and under the impression that the statute of limitations was long gone.

Thousands if not hundreds of thousands of musicians worldwide have noticed the uncanny similarity between Taurus and Stairway to Heaven. Many backed Randy Wolfe’s claims, hoping he gets his share of writing credit.

In the music industry, though, credit equals cash, and we’re talking big money here. According to a Portfolio estimate, Stairway to Heaven had made an estimated $562 million by 2015. It wasn’t just about the money either – the allegation was grave.

Was the intro in rock ‘n roll’s most epic song lifted note for note from Spirit’s song?

Inverse Ratio: How the West was Won

In 2014, Mark Andes and a trust acting on behalf of Randy California filed a copyright infringement suit against Led Zeppelin to obtain a writing credit for Stairway to Heaven. The plaintiffs claimed that Led Zeppelin picked up the song from the band when Robert Plant saw them perform it live in a Birmingham club in 1970.

During the proceedings, musicologists argued on Led Zeppelin’s behalf. They asserted that the chord progression and descending pattern in both songs were common musical devices for the time period.

Jimmy Page denied having any memory of meeting the band members in Birmingham. He said he had not heard the song until 2010 when comparison videos starting cropping up all over the internet. While the court wasn’t convinced with Page’s testimony, they did see merit in the musicologists’ statements.

The ruling went in favor of Led Zeppelin in 2016, but it didn’t end there. Two years later, a panel of three Ninth Circuit judges unanimously overturned the verdict due to “erroneous jury instruction”.

A new trial was ordered. Eleven judges from the Ninth Circuit Court of Appeals were summoned to rehear the Stairway to Heaven court case.

On 9th March 2020, the jury upheld the original verdict – the two songs were not ‘intrinsically similar.’ They used a precedent called the “inverse ratio rule” to reject the claims of copyright infringement.

“Just a nod would be lovely” – Mark Andes

Financially, culturally, and aesthetically, Stairway to Heaven has achieved cult status in every sense of the word. Its towering legacy is something rock musicians don’t even dream of dethroning. Not now, not ever.

Randy California is a forgotten man, and Spirit is a fading California band. He drowned in 1997. They say he was pulled away by a riptide with just enough time to push his son to safety. His body was never recovered, but his son survived.

In 2014, a Bloomberg Businessweek article shed light on the several lawsuit settlements Led Zeppelin had over “borrowing” songs by other songwriters. Many of them were given monetary reparations, royalties, and writing credits.

I am talking about release credits later amended to include artists such as Anne Bredon (Babe I’m Gonna Leave You), Howlin’ Wolf (The Lemon Song), Muddy Waters (Whole Lotta Love), and a handful of others. They are the first line of offense for all YouTube Led Zeppelin detractors.

Bloomberg also released the “Is it Led Zeppelin or Spirit?” game. You can listen to eight measures and identify the four measures of Stairway to Heaven by arranging them in the correct order. Give it a shot – it is a ticket to cognitive dissonance.

I guess there was some part of me rooting for Wolfe, the underdog. The other half of me is glad that descending chromatic riffs cannot be copyrighted.

An anonymous internet user reminds me that “If Robert Plant had ice cream on his chin, he’s still more of a man than you”. Now, that’s the rock ‘n roll spirit (and I’m not talking about whiskey).

Either way, Stairway to Heaven’s name is cleared for good. But in my opinion you’d have to be living under a rock – on another planet – if you think the similarity in the two songs and Led Zeppelin’s association with Spirit is a gleeful coincidence.

(Is the ban on Stairway in guitar stores for real? Surprise yourself with The Forbidden Riff: Why Stairway To Heaven Is Banned In Guitar Stores)