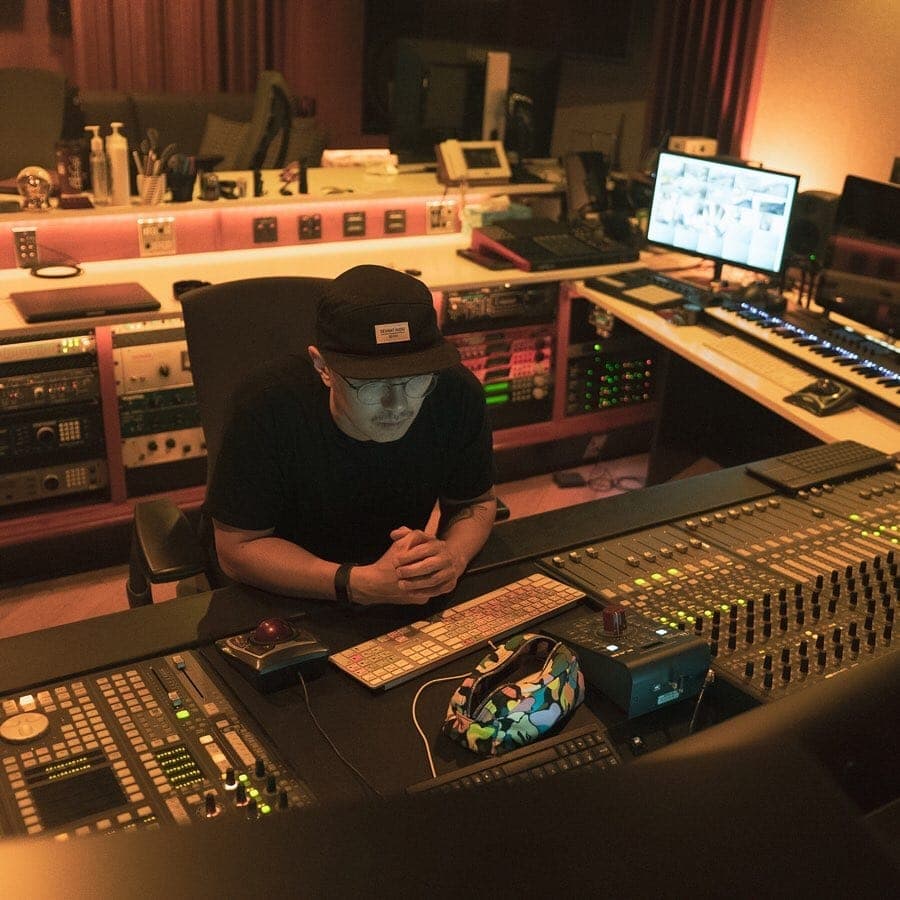 It’s human nature to pass information on from one generation to the next.

In days gone by, the hunter-gatherer Homosapien would teach the children how to hunt prey, build shelter and make fire.

In parallel, the electronic music producer now uploads YouTube videos teaching aspiring musicians what to do with a sine wave.

There is now an abundance of YouTube tutorials that teach music production. From making a drum loop to mastering multiband sidechain compression, whatever a producer wants to learn, it’s now only a search bar away.

Stranhjah’s time in the electronic music industry dates back to the mid-’90s and with releases on Hospital Records, Metalheadz and countless other labels, there aren’t many more experienced and respected producers in their scene giving out their music knowledge for free.

Thanks for speaking with us today. To start, can you tell us a bit about your history in music production?

It was in 1996 I started to learn about house music and electronic music. It really got me interested in how this music was made. Back in the ’90s, we didn’t have all these resources, we internet wasn’t even around yet. It was hard to find information on how to learn about this, music.

Pre-Internet we had bulletin board systems. In those days we would dial into a network from our phone and it was like a localized version of the internet. There was a bulletin board community group for dance music in Toronto. I met a few people there and they gave me some resources on how to make music.

Around about 1997 I started learning about Jungle music and started experimenting with that and then released my first record when I was 19 (1999) on Flex Records.

You’ve been uploading tutorials to YouTube now for just over a year. What was the inspiration to start?

As I mentioned, I’ve been doing this music things for over 20 years and I think over the years I’ve amassed a collection of knowledge.

I was teaching in person for about five or six years, privately and in classes and I just felt the next evolution for me was to bring my knowledge to a wider audience. It just felt like YouTube was the way to go.

A lot of the videos you upload are sound design based. Is there a particular reason for that?

I have a lot of fun designing sounds. I enjoy the challenge of studying a sound and back-engineering a sound to figure out how it was done. People are enjoying the sound design, so I think I just have to go with the flow.

You obviously want to help others improve at music production, but is YouTube also a good way for you to boost your own profile as an artist?

“My goal is to help people and remove the mystique from making music. It evolves the music as well. If everyone can be better it just pushes the entire envelope further and we can really move this music forward”.

I think it’s good to be pure about your intentions. For me, if I didn’t have someone to help me out, I wouldn’t be here today. In that sense, I have to do my part to share what I’ve learnt and it’s a win-win situation. If I help others it helps me grow as well.

100%. Your YouTube bio talks about fostering a community and getting people to help each other, which is exactly what you just mentioned.

I think there’s a great opportunity here to share knowledge. Back in the day, those channels weren’t available to share information on. There will always be people that want to keep information to themselves and that’s fine.

There are others that want to share and that’s cool too. The demand these days is so strong and there’s a lot of information. It’s a good time to teach.

With a lot of what you do being based around replicating other producers sounds, have you had any artists being unhappy with you telling people how to make their sounds?

I haven’t yet but I am aware you could get some backlash. In my view, I’m trying to push the music forward so that’s what I’m trying to do.

The Future Of Modular Synthesis (An Interview With Noise Engineering)

Do you feel that they’d be just in their argument for not wanting you to replicate their sounds in the public eye?

Here’s the thing. When I make the sounds, it’s based on my knowledge of sound design, not their knowledge. They could have done it a totally different way.

I do plan on uploading more general knowledge sound design videos, where I encourage students to take it further. It’s not about copying the sound, it’s about learning the process so that they can take that and do something new with it.

I agree. D&B isn’t that big a community so why shouldn’t we push it and make everyone’s music better.

That’s the philosophy. I’m not telling people to copy, they should learn the process and take it, integrate that knowledge and make your own music with it.

That’s why Drum & Bass is the most technologically advanced music that there is. There’s this healthy competition where we want to take that knowledge and move it to the next level. That’s why we’re here today.

Just to finish, tell us what’s next for Stranjah?

I’ve just released my jungle production kit which is an Ableton project file. I’ve provided 150 patterns as well as 15/20 layers which makes it very easy for people to start an idea. I’ve also started a Patreon account where people can sign up and receive monthly project files and samples.

So, we’ve gone from bulletin boards to YouTube tutorials, the technology has changed but the desire to learn, share and push knowledge on has been there since the dawn of electronic music.

With the combination of being able to make quality music from a bedroom studio and an endless amount of Youtube tutorials, the future looks bright for all genres of music. The efforts of people like Stranjah will only push their respective genres forward.