Guitar Rig vs Amplitube vs Bias FX (Which Is Better & Why?)

Producer Hive
Plugins
Disclosure: We may receive commissions when you click our links and make purchases. Read our full affiliate disclosure here. 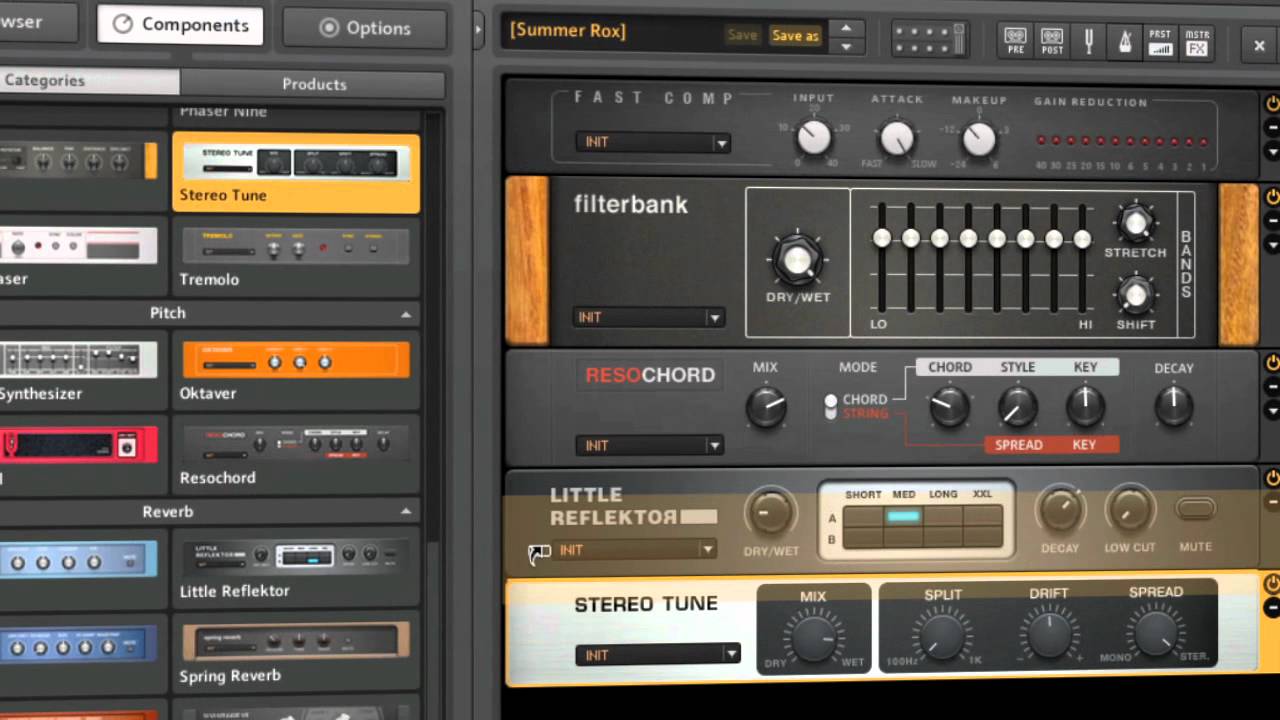 It’s no secret that guitar fx modeling software has taken the world by storm in the past few years.

With many guitar players looking for portable rigs that can instantly get amazing tones, fx modeling, and plugin-based rigs have emerged as victorious underdogs.

Even some die-hard tube amp enthusiasts have converted and found themselves diving headfirst into guitar plugins, impulse responses, and fx modeling rigs.

Technology has come a long way, and it’s finally up to the task of great tone. But which one is right for you?

If you’re taking the plug-in route, which one is best? Don’t worry; we’ve got you covered.

Which digital rig is the best? AmpliTube 5
Why We Love It:
Check Price On IK Multimedia Want access to famous classic and modern amplifiers and effects, right at your fingertips? BIAS FX 2 provides this and more like an intuitive, fully customizable virtual electric guitar, bass, or acoustic guitar rig for Mac and PC.

Why We Love It:
View Price On PluginBoutique Guitar Rig 6 Pro
Why We Love It:
Check Price On Native Instruments

If you’re contemplating what virtual rig to use, here are some things to consider. Amplitube 5 is best for those looking for an abundance of features and realistic amp sims.

Bias FX is best for musicians on a budget and players looking for a library of presets.

AmpliTube 5
Why We Love It:
Check Price On IK Multimedia

When it comes to replicating iconic amps and pedals, Amplitube is thought to be the best of the best. Many players consider Amplitube to have the most realistic and lifelike amp simulations (amp sims), both in terms of tone and feel.

If realistic is what you’re going for, this is a big plus. Some tube amp sims are even “officially certified” by the manufacturers that make them.

Amplitube isn’t short on features at all. In fact, it has 400 different amp sims, cabs, stompboxes, guitar effects, and microphones to choose from. This ensures ultimate tonal customization.

This lets you tweak your sound from scratch. Giving you the ability to dial in your amp settings, model, cabinet and speaker choice, microphone make/model, and even mic placement using ultra-realistic impulse responses (virtual cabinets).

Once you have your favorite tones selected, you can blend them all together with Amplitube’s intuitive mixer.

Whether you choose to use a preset from one of your favorite artists or craft your own tone from scratch using this breakthrough technology, Amplitube 5 is the ultimate realistic tone-shaping tool for practice, recording, and on stage.

Want access to famous classic and modern amplifiers and effects, right at your fingertips? BIAS FX 2 provides this and more like an intuitive, fully customizable virtual electric guitar, bass, or acoustic guitar rig for Mac and PC.

Why We Love It:
View Price On PluginBoutique

Although Bias FX may not have all the tone-shaping abilities and impulse response innovations that Amplitube has, it still brings a lot of value to the table.

If you’re a musician on a budget, Bias may be your new best friend.

At its peak price point, Bias FX Elite has over 240 amp sims and guitar effects to choose from. At its most affordable, Bias FX Standard is still a respectable tool for getting a killer tone in a matter of minutes.

It’s also worth mentioning that Bias frequently runs deals on their software, so you could end up saving more than a hundred bucks on a purchase if you play your cards right.

One thing that sets Bias FX apart from the other virtual guitar rigs out there is its “Guitar Match” feature. This tool allows you to replicate the tone of any number of iconic guitars without ever switching your own.

This ‘Guitar Match’ feature even lets you customize the sound as if you were using a different brand of pickups. Taking an EMG loaded guitar and making it sounds like a 60s Strat is really something!

You can effectively turn your guitar into any guitar you want by using this tool. There are sure to be naysayers out there, but no one can deny that it’s certainly cheaper than emptying your savings account to get a 57’ Goldtop Les Paul.

In addition to the “Guitar Match” tool, Bias FX also has a library of online presets called the Tonecloud. You can choose from over 50,000 custom presets made by a community of professionals and guitar nerds alike.

Bias FX is also compatible with Bias Amp 2 and Bias Pedal, which allow you to design your own virtual guitar amps and guitar effects pedals respectively.

With Bias Amp, Bias Pedal, and Bias FX combined, the company remains a force to be reckoned with. Don’t let their price points fool you; there’s a lot to love here.

Guitar Rig 6 Pro
Why We Love It:
Check Price On Native Instruments

This software might not have the same recognition that Bias and Amplitube have, but they’re quickly gaining popularity among producers and musicians everywhere.

Creativity is the name of the game, and Native Instruments Guitar Rig Pro is full of it.

Though the guitar amp sims and cab sims aren’t necessarily revolutionary, this software lends itself to songwriters and producers who need a labyrinth of effects at a moment’s notice.

The user interface is intuitive and built around creative freedom.

It’s also commonly run within Native Instruments Kontakt wrapper (although there is a standalone version available). So it’s very easy to end up with this amp sim software as a byproduct of purchasing another bundle from Native Instruments. Which makes it great for producers and songwriters.

The effects range well beyond guitar effects, even stretching into the realms of synth, vocals, and percussion. This may be called “Guitar Rig,” but it’s built for multi-instrumental flexibility.

Soundtoys 5 Bundle Review (Still Worth It?)

This software also features Intelligent Circuit Modelling (ICM) for increased realism in amp sims. Not all guitar amps use this feature, but the ones that do create a noticeable difference.

All in all, this program is a great choice for guitarists who want to expand their palette or producers that want an all-in-one effects tool for easy crafting.

Create an entire studio for yourself with one purchase.

While all digital rigs have their pros and cons, some are certainly better than others. Whether you use guitar plugins, amp sims, fx modeling, or even classic tube amps, practicality is king.

The best software for you depends greatly on what you’ll be using it for and what you prioritize in a guitar setup.

If you want ultra-realistic tones with almost limitless customization possibilities, Amplitube 5 is your best bet. It may be a bit pricey, but their level of precision with guitar amp sims and impulse responses is hard to beat.

If you’re looking for a more affordable option that allows for thousands of presets and compatibility with other Bias software, Bias FX is the perfect choice for you.

And lastly, if you want a heap of effects modules at your fingertips for almost any instrument you can think of, Native Instruments Guitar Rig Pro is your best bet. Unleash your inner audio engineer and get creative.

No matter what you pick, one thing is clear: the modern age of digital guitar amp plugins is more than a passing fad. These useful tools are here to stay.

Do I need a Macbook to run guitar plugins?

While most professional audio engineers choose Apple computers for their work, Windows computers can handle guitar plugins and DAWs as well.

Just make sure your computer has enough RAM to run the programs you need. PCs may also require you to install drivers to run certain software.

Do I need an interface to use amp plugins as my rig?

If you are looking to jam in realtime, or record yourself playing guitar then you will need an interface in order to get your guitar’s signal into the computer so the amp plugin can amplify it.

Technically you don’t need an interface to use the plugins, you can certainly load them up, or use them to re-amp guitar DI’s sourced elsewhere.

Can I record on a DAW using virtual guitar rigs?

Yes, you can record using guitar plugins. Some virtual guitar amp software allows you to play your guitar without the use of a DAW, but plug-ins are intended to be used within a recording program.