5 Reasons Why Gibson Guitars Are So Expensive

Producer Hive
Electric GuitarsAsk The Hive
Disclosure: We may receive commissions when you click our links and make purchases. Read our full affiliate disclosure here. 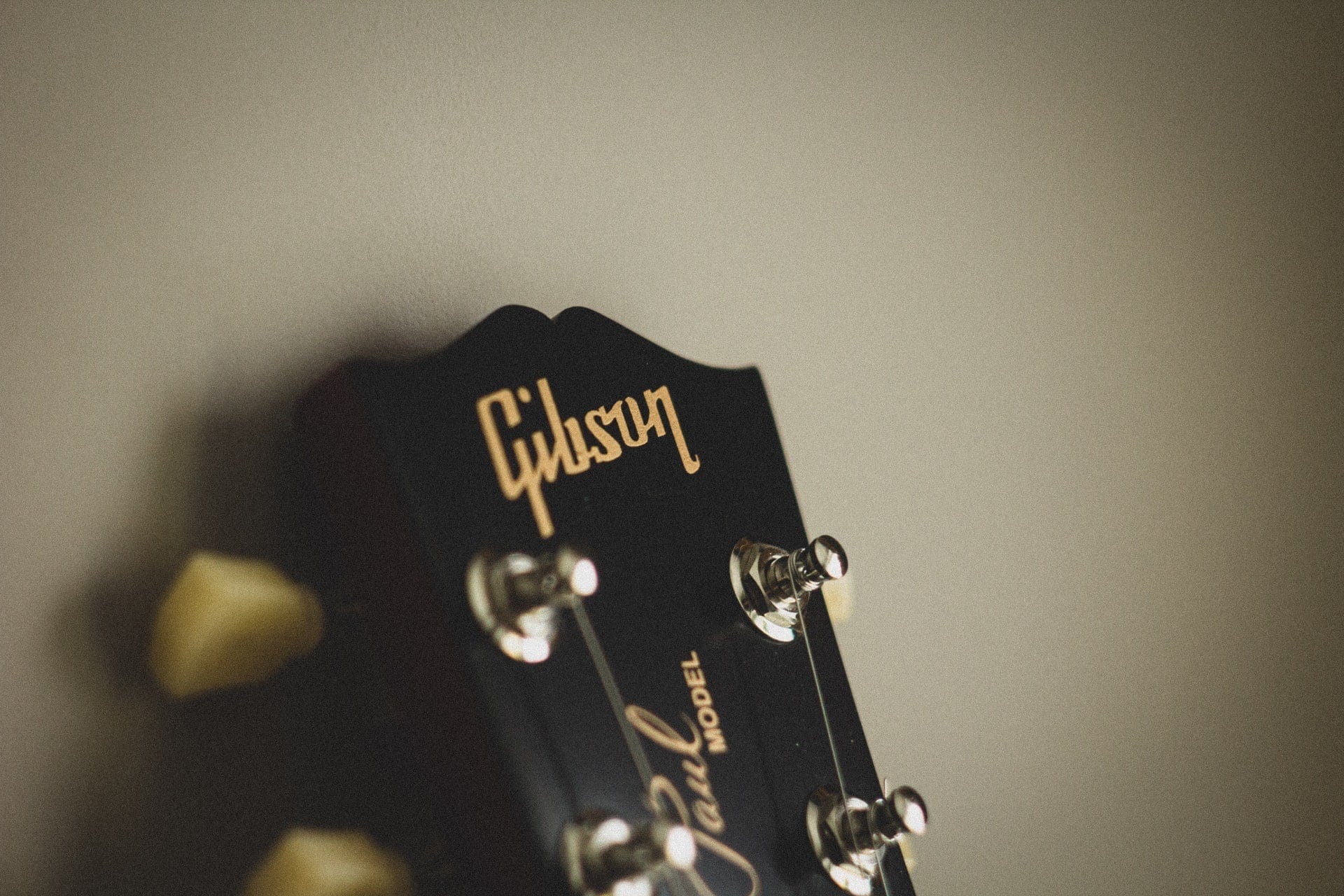 Gibson is easily one of the most recognizable brand names in the guitar industry.

They are responsible for pioneering guitar designs that have shaped the face of many music genres and styles.

Used by a long list of world-class musicians, Gibson guitars are renowned for their strong tone, user-friendly design, and alluring aesthetic.

However, Gibson guitars generally sell for a higher retail price than most other guitar brands.

In this article, we’re going to investigate the factors that make Gibson guitars such an expensive brand. We’ll also discuss whether Gibson guitars deliver a quality that matches their asking price.

Why are Gibson guitars so expensive?

There are a handful of reasons behind Gibson guitar’s heavier price tags. Gibson guitars are made using only the best cuts of wood and specific high-quality guitar parts that perform well and last for years.

Most Gibson guitars are made using a number of handcrafting techniques, which means that they receive more time and attention than the typical production line guitars you might see manufactured in Asia.

However, this extra time and attention also translates to extra costs and raises the overall retail price of each respective model.

One of the largest contributing factors to the Gibson price tag is the cost of their building materials.

Gibson is a guitar brand that prides itself on quality, and they choose to not use any low-cost substitutes when constructing their guitars.

Even the cheapest entry-level guitars that Gibson manufacture consist of higher quality materials than most competitors in their price range.

Guitar bodies can be constructed using a variety of woods, each with its specific benefits.

However, certain guitar woods have become increasingly rare over the last century, with some even being protected by conservation law.

One of the most popular exotic woods that are used for Gibson guitars is Rosewood.

Rosewood is revered for its tensile integrity, as well as its ability to withstand harsh climate conditions (which is ideal for traveling and touring musicians).

Rosewood is also very easy to shape and work with and has an alluring aesthetic. Unfortunately, the demand for this wood has rendered it a rare resource.

This rarity translates to higher sourcing and shipping costs for Gibson manufacturers.

Much like their bodies, Gibson guitars come with a finish that requires a costly, time-intensive process to achieve optimum quality.

The primary factor that contributes to Gibson’s expensive finish is nitrocellulose. Nitrocellulose is incredibly hardy, and Gibson manufacturers mix it into a lacquer to create a seal that protects the paint on guitar bodies.

The issue with nitrocellulose is that it can be toxic in large quantities. As a safety precaution, the U.S has placed restrictions on the amount of nitrocellulose that can be applied to a guitar daily.

These restrictions slow down the average manufacturing time per guitar that Gibson makes. The company could save money by choosing to use cheaper substitutes for finishing, but opt not to do so.

Plus the fact that their guitars are manufactured within the US is a huge selling point of the brand as there is an intrinsic trust and association with high quality when we think of US-manufactured instruments.

These subtle hindrances all play a small role in the final pricing decisions on Gibson guitars.

Much like their base textiles and finishing products, Gibson electronics are all composed of only the highest quality components that deliver outstanding performance.

One of Gibson guitars’ highest selling points is their strong tonal qualities, none of which can be achieved using low-grade electronic setups.

One of the most easily recognizable examples of the high standard of electronics used in Gibson guitars is their pickups.

Gibson guitars are generally constructed using either humbucker or double coil pickups. These pickups allow for Gibson guitars to be used without any excessive electronic noise or interference.

Every guitarist understands the value of good quality pickups, and also understands that they come at a heavier fee than cheaper alternatives.

Time and labor contribute to the Gibson price tag as much as their textiles do. A large portion of the Gibson manufacturing process is man-powered.

Most of the electronic setups in Gibson guitars are done by hand, which adds a considerable amount of hours into the production process.

The Plek machine is a highly sophisticated CNC machine that scans Gibson’s guitars for any manufacturing faults or irregularities.

These faults can include minor but vital mistakes on the bridge, fretboard, nut, and saddle of the guitar body before they get finished and strung.

Plek machines are quite costly to manufacturers, which unfortunately trickles down into the final pricing of the average Gibson guitar.

Much like in sports, fashion, or entertainment, a company’s reputation can raise the asking price of its product or service, even if that pricing is questionable.

Gibson is a US-based guitar company that was around for the rise of the blues, as well as every major boom period that rock music experienced over the last century.

Aside from ensuring their product quality, the Gibson company was also highly proactive in placing their guitars in the hands of some of the most influential musicians of the 20th century.

Gibson’s craftsmanship had to match the virtuosity of their endorsed musicians for these partnerships to flourish, and flourish they did.

The immense popularity that these musicians attained created a demand for Gibson guitars that snowballed tremendously. So they understandably raised their average asking price accordingly.

Even in the modern era, Gibson can still ride on its vast history and reliable reputation when deciding on its asking price.

Below are a few major highlights in the portfolio of Gibson guitars. Immortalized by Santana at Woodstock and smashed onstage by Townshend, the Gibson SG Standard is a rock icon.

Best known for its searing red Hot Cherry finish, the Gibson SG is favored by many rock stalwarts for the lovely tone produced by its humbucker setup.

The guitar has a light, slim body with a dual cutaway and is great for players that move a lot while playing. Quite possibly the most easily recognizable Gibson guitar model, the Les Paul is named after its designer Lester William Polsfuss whose nickname was Les Paul.

This guitar is decidedly heavier in weight than other Gibson guitars and has a buttery fretboard that is a dream for lead guitar players to use.

For those whose budgets can’t quite stretch to the substantial asking price of a Les Paul, there are plenty of cheaper alternatives. The ES355 was first popularized during the dawn of the blue era. Its semi-hollow body build allows the guitar to have a much more reactive tonal response when compared to solid body guitars.

Their tonal design is wonderful for a variety of lighter music styles like jazz. R&b or soul, but it can also keep up with heavier genres.

How To Use The Fletcher Munson Curve (A Simple Explanation)

There are also a great number of alternative options if you’re looking for a cheaper 335-style guitar. Armed with an iconic angular body and eye-grabbing hockey-stick headstock, the Gibson ’70s Explorer re-creates the trail-blazing axe that rocked a million stadiums.

The Explorer is one of Gibson’s more eccentric guitar designs, but still maintains Gibson’s high standard of tone and playability.

The guitar comes with a lightning bolt-shaped body that is surprisingly ergonomic for use during live performances.

This model was largely popularised by Metallica frontman James Hetfield.

Angus Young is one of the founding members of rock titans AC/DC. The band has been a firm fixture on classic rock lineups for 5 decades, with Young at the forefront of the ship.

He is most well known for performing in a quirky schoolboy uniform and his signature Gibson SG Special.

Chuck Berry has long been claimed as the man who developed the blues genre into early rock n roll.

Berry is a Rock n Roll Hall of fame icon and chose to play and record using the ES355 for the majority of his career.

Wes Montgomery was quite possibly the earliest definition of a guitar icon before the instrument itself was even considered fashionable.

Known for his revolutionary jazz playing and compositions, Montgomery also liked to perform using a Gibson ES355 as well as a variety of Gibson acoustic guitars.

Manufacturing a quality electric guitar is a labor of love that requires reliable resources, and a unique skill set.

To this day, Gibson is constantly researching and developing ways to improve various aspects of its design and manufacturing processes.

The company has created a legacy of strong craftsmanship and high fabrication standards.

Understandably, when a company chooses not to cut corners or costs during manufacturing, its products will come with a heavier price tag.

Why are Gibsons so much more expensive than Fender?

Gibson chose to use a variety of high-quality textiles during manufacturing, whereas Fender may opt for lower-cost materials or substitutes.

Examples of these differences include the tonewoods used in the body, the lacquer used in the finish, as well as electronic components.

Do Gibson guitars hold their value?

With a considerable amount of care and maintenance, Gibson guitars generally hold their value after years of use.

With some older models increasing exponentially in value for their unique neck shapes that many people associate with a particular period in time.

They are able to withstand moderate to harsh climate conditions and can endure long periods of consistent use for performance or recording.

What makes a Gibson guitar special?

Gibson guitars are all made using a combination of high-quality components, which helps maintain their philosophy as premium, top-tier instruments.

Portions of the manufacturing process also involve handwork, which is costlier than production line fabrication.

Gibson guitars also come with a strong reputation and are renowned for their powerful tone and durability.

How can I tell if my Gibson is real?

Gibson guitars can be checked for authenticity through their 8-digit serial code.

Serial numbers are placed at the back of the headstock and have a specific sequence to reference the manufacturing date and locations.