Kieran Whitehouse
Electric Guitars
Disclosure: We may receive commissions when you click our links and make purchases. Read our full affiliate disclosure here. 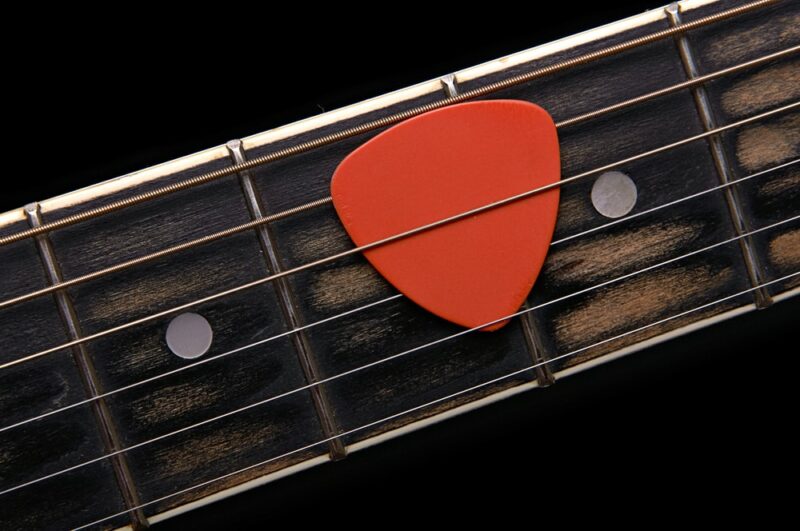 Is there anything cooler than a guitar slung over your shoulders as you stand in your power stance, riffing along to your favorite bands?

Well, that depends on how your guitar looks. Sure your classic Strats are sleek and your Les Pauls mean business but there are some seriously crazy guitar designs out there that are sure to get heads turning at your next gig.

If you’re looking for something that makes a statement, or maybe you just want people to do a double-take as you open your gig bag. Here are our favorite 15 crazy guitar designs you gotta check out!

(Looks aren’t everything – you need to make sure your playing is distinctive and uniquely yours. If you’re struggling to find your voice, check out How To Find Your Own Guitar Tone (My 5-Step Process) by our in-house guitar expert, Reinier Klaassen!)

Forget arguing over whether the tonal benefits of mahogany outweigh ash, this guitar is made of pure steel.

Featuring a single P90, the Bohemian Oil Can Guitar offers a rich, clear tone that sounds as cool as it looks. We can really imagine sitting on our porch, in our rocking chair jamming some blues on this one. With just four strings and a smaller scale than a regular guitar, you can expect this one to play closer to a ukulele.

Check out the Bohemian Oil Can Guitar here.

No list of crazy guitar designs would be complete without the Wangcaster which, well, you can probably tell what it’s designed after.

This electric guitar doesn’t necessarily scream ‘cool’ but it certainly is unique. Experimental and industrial musicians, in particular, may be drawn to the shock value of this design. If you’re into weird guitars and really don’t care what others think, then this is for you!

Check out the Wangcaster here.

If you’ve ever held a BC Rich Beast and thought it was inconvenient to play, then you need to experience the Mermaid Guitar.

Conceived by Andy Mason, the life-size guitar has nineteen different types of wood and (so we’re told) requires a player with ‘serious posture’ to play.

We’re not sure if you’d want to go gigging with this (mainly because we don’t know how you’d even transport it) but it would definitely be a talking point next time your friends are over.

You can read more about the Mermaid Guitar by heading here.

There’s little to be found on the internet of Thunder Eagle nowadays but their Villanizer Steampunk Rhodes Jackson V style axe is a really fun-looking guitar.

With rust effect on the tone knobs and copper plating, this guitar makes a serious statement. Although we can’t see any for sale you can find out a bit more on the Villanizer here.

Not to be confused with the very different Bigfoot Guitars, this model gets its name because it quite literally is a big foot guitar.

Obviously modeled around the mythical creature lurking in the woods, this model lives up to the name by being just the foot of the hairy beast.

It reminds us of something you’d see at a theme park and actually looks like it would be really fun to play. It may be ugly but it’s easily one of the most unique guitars on our list!

Find out more on the Bigfoot guitar here.

There have been several viral videos of people constructing a real Lego guitar but one of our favorites is Tolgahan Coğulu’s custom guitar that is an adjustable, microtonal guitar that he constructed with Lego and a 3D printer.

Tolgahan created the fingerboard and frets which snap into place at key points whilst threads that would fix to the guitar were also constructed from scratch to create a fully functional guitar.

Head over to Tolgahan’s official website for more information.

What do you do when you’ve become one of the most famous and fastest shredders in the world? Add another neck to your guitar and learn to shred in reverse (with your picking hand fretting and vice versa).

What do you do when you’ve mastered reverse shredding? Add another two necks to your two necked guitars.

This is exactly what Michael Angelo Batio did and he’s been melting faces playing this four-necked guitar live ever since.

We can’t imagine the discipline it takes to learn how to shred with your hands reversed and then upside down.

Another famous guitarist known for his creative and unusual but awesome guitars and designs is Bumblefoot.

The Swiss cheese Guitar is exactly what you’d expect, a guitar that looks like cheese.

With sections drilled away to mimic a bite being taken out of the body, the guitar sure looks crazy but with Chopper and Tone Zone pickups it actually probably sounds really good too!

For a bit of info on how the guitar was made, head to Bumblefoot’s website.

The Ace of Spades!

We’ve seen a few guitars and electric basses made out of a shovel online, but we really enjoyed YouTuber Justin Johnson’s videos where he’s literally playing a 3 string spade.

This is one that caught our eye very recently and is one of the more unusual guitar designs on the list with its dark story.

5 Reasons Why Gibson Guitars Are So Expensive

After a very long and complicated legal process, YouTuber Prince Midnight went and made a full functioning guitar from the remains of his Uncle Filip that he had been battling to have released to him. This really raises a lot of questions and eyebrows, but you asked for crazy guitar designs and we challenge you to prove that this isn’t totally crazy.

As you can see in the video, the guitar consists of a very obvious rib cage attached to a Strat-style neck. It certainly looks cool and playing it would no doubt be a “unique” experience.

Everyone loves Star Wars. Everyone. We’ve seen George Lucas’ sci-fi epic incorporated into studios and now, thanks to C. A. House Music, we have a Millennium Falcon guitar!

Showcased at NAMM 2020, the new model includes an Evertune bridge and obligatory lights. This falls into both categories of ‘unusual guitar designs’ and ‘guitars on my Christmas wish list’.

The Pikasso is a custom guitar built by luthier Linda Manzer.

If you want to explore unusual acoustic guitars then this is probably a good place to start.

The guitar was actually designed for Pat Metheny (one of the best jazz guitarists of the time) around 30 years ago and features not one headstock but two, giving you a total of 42 strings.

We all know Andrew WK likes to party hard but he also loves a crazy guitar design.

Following from a similar idea that lead to the creation of the pizza guitar in 2012, the taco guitar was born through ESP and features a huge beef taco-shaped body.

“When it comes to edible celebration, tacos are party-er than almost anything else. Pizza and tacos are among the partiest foods on the planet, and I realized that since I had paid musical tribute to pizza, I now had to pay musical tribute to tacos. I was destined to make a taco-shaped guitar – it was inevitable.”.

We like to think this was an effort to make the instrument more comfortable. Maybe this was a way of finding something to rest your head on whilst on tour?

Whatever the reason, ZZ Top played spinning fur guitars in their video for Legs which screams ‘1980s’ but we still think they are really cool guitars.

Another on the list from guitar legend ESP is this work of art. The Angel Classic V.

We’re not entirely sure who would play this guitar, but it definitely stands out with its body clutched by an angel. Certainly a niche item but we’re sure it plays well!

There’s little to be found online on the Angel series but you can check it out on Pinterest.

(If you’re tired of playing the same old chord progressions, challenge yourself with our Advanced Guitar Chords (Every Guitarist Should Know))