Phase, or more precisely being ‘in phase’ is a crucial part of audio engineering which, although important, is often overlooked.

New engineers can often find their microphone signals are ‘out of phase’, much to the detriment of the audio quality of their recordings.

Simply put, phase relates to a recording situation where multiple microphones or audio sources are being recorded and the position of the waveform of each source.

As you’ll see when recording in your DAW, each track shows a visual representation of a waveform. These can vary in appearance depending on what you are recording but essentially sound travels in a wave with positive and negative oscillations where each full oscillation represents a cycle.

We don’t really need to get too nerdy in the theory of waves but it is important to understand in general terms how wave oscillations can affect one another.

If we look at the example below we can see two identical snare tracks playing the exact same snare hit.

This is just a duplicated snare sample but let’s imagine the top track (blue) is a microphone on the top of the snare while the bottom track (green) is a microphone underneath the snare. In this case we would need to make sure that both microphones are in phase with each other, or as close to it as possible.

What Are Phase Issues?

In the examples above the waveforms have been manually nudged to be out of phase, however in a recording scenario a similar effect can happen depending on where your microphones are placed – moving the microphone towards or away from the sound source will result in the wave hitting the microphone (and therefore recording) at a different point in the oscillation.

This can cause particular issues when using multiple microphones, most commonly on a drum kit. However issues can arise with other instruments such as recording a guitar amp with two microphones (a common technique is to use a condenser and a dynamic microphone which can make it even harder to pinpoint at what point the wave will hit each mic).

The issue with multiple sources being out of phase with each other is that it can affect the way the sound is perceived.

Typically sound sources that are out of phase will result in a lack of low end however in more extreme cases the sound can appear tinny and unpleasant and if completely out of phase then you’ll find the sources completely cancel themselves out and you’ll hear nothing at all due to the oscillations being at exactly opposing points at the same time.

If we were to give a waveform amplitude a numerical value, let’s say +5 at the highest point of the cycle and -5 at the lowest. If one microphone is placed at the point of +5 and the other at -5 we would get an amplitude (or volume) of 0.

This is a great example of why, in a recording scenario, it really is worth taking the extra time when setting up your microphones and sound checking to check the phase of your audio sources.

The closer you get to being in phase, the better quality recordings you will have and therefore an easier time you will have when it comes to mixing!

It can take a while to train your ear to pick up on subtle phase issues.

If you are recording with multiple mics try soloing each recording channel to ensure you’re getting a clean signal however if you notice a lack of low end or ‘tinniness’ when the channels are combined together then chances are one or more of the mics are out of phase.

One way of beating this type of phase issue is to simply try moving your microphones, however, this can be time-consuming, especially if you are a lone engineer as you’ll be running back and forth from the live room until you get a good sound.

Luckily a lot of consoles, interfaces and DAWs have an inbuilt phase reversal button.

Even if you feel you have got a good sound, it’s always worth flicking the phase reversal button and comparing the two – use your ears to gauge which configuration sounds best and you’ll quickly pick up on the small differences that can have a big effect on your mix.

What Is Phase Reverse?

The phase reverse button essentially flips the waveform on its head. The positive oscillations are now negative and vice/versa. This is a quick and easy way to check the phase of your mics and often a simple solution to a phase problem.

Usually the phase reverse button will look like a circle with a line through it, on some DAWs such as Logic you’ll find this option on certain plug ins such as the gain plug in. Now this isn’t a definite fix for your phase issues but it’s a great starting point, if you are still experiencing problems then it may be a case of moving your mics to find the sweet spot.

Fixing Phase In The Mix

There are certain issues that can be fixed during the mixing stage, a singer being slightly out of tune, for example, can be carefully autotuned and still sound natural.

If your recordings are out of phase however there may not be much you can do. If you’ve recorded two microphones into one stereo track, you won’t be able to apply phase reversal without affecting them both which won’t make any difference.

Characteristically an out of phase sound lacks low end, it could be argued that boosting your lower frequencies could rectify this however you will struggle to achieve a natural and sometimes pleasant sound.

If you’re recording in stereo, e.g. two overhead microphones, then panning one left and one right can rectify phase issues to an extent, although again not a definite fix.

What Are LFOs And How Do They Work? (w/ Illustrations & Audio Demos)

Another way to beat your phase problems is to zoom in closely to your waveforms and manually nudge one until they are both aligned. In fact this is a fairly common practise, particularly when recording a DI’d and mic’d bass guitar.

In this case, although recording the same passage, the DI signal could reach your DAW slightly later than your microphone or vice/versa. It’s worth checking as you run the risk of losing some of the low end from the bass.

There are plugins that can be a great asset when it comes to phase aligning, such as Soundradix’s Auto-Align which can help nudge your signals into phase coherence.

Here are a selection of cheap and effective Auto Align plugins on PluginBoutique.

There are occasions where phase can be used to our advantage.

If you’ve ever seen balanced cables for sale and wondered what they do, they actually use phase reversal in a clever way to reduce excess noise.

When you plug in your balanced lead the signal is immediately split into two, with one signal being phase reversed.

As the signal is completely in phase to start with, reversing it results in silence due to the two signals canceling each other out and by doing so, eliminates any unwanted hum or noise that cables can carry.

So if you’re ever looking for quiet cables, it’s worth spending a little extra on balanced ones. We recommend the following… 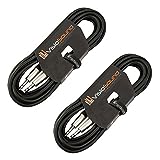 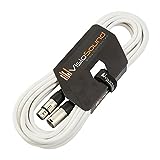 Is It Just A Phase?

When planning your recording sessions make sure to really think about the phase of your microphones or recorded signals.

This should become one of the first things you check in your workflow to ensure a high-quality recording and to make sure you don’t encounter further issues when you reach the mixing stage.

Check out our video below to hear how big of a difference reversing the phase of a signal can really be!