Audio Interface vs DAC (Differences & Which One You Need)

Charlie Cummings
Ask The Hive
Disclosure: We may receive commissions when you click our links and make purchases. Read our full affiliate disclosure here. 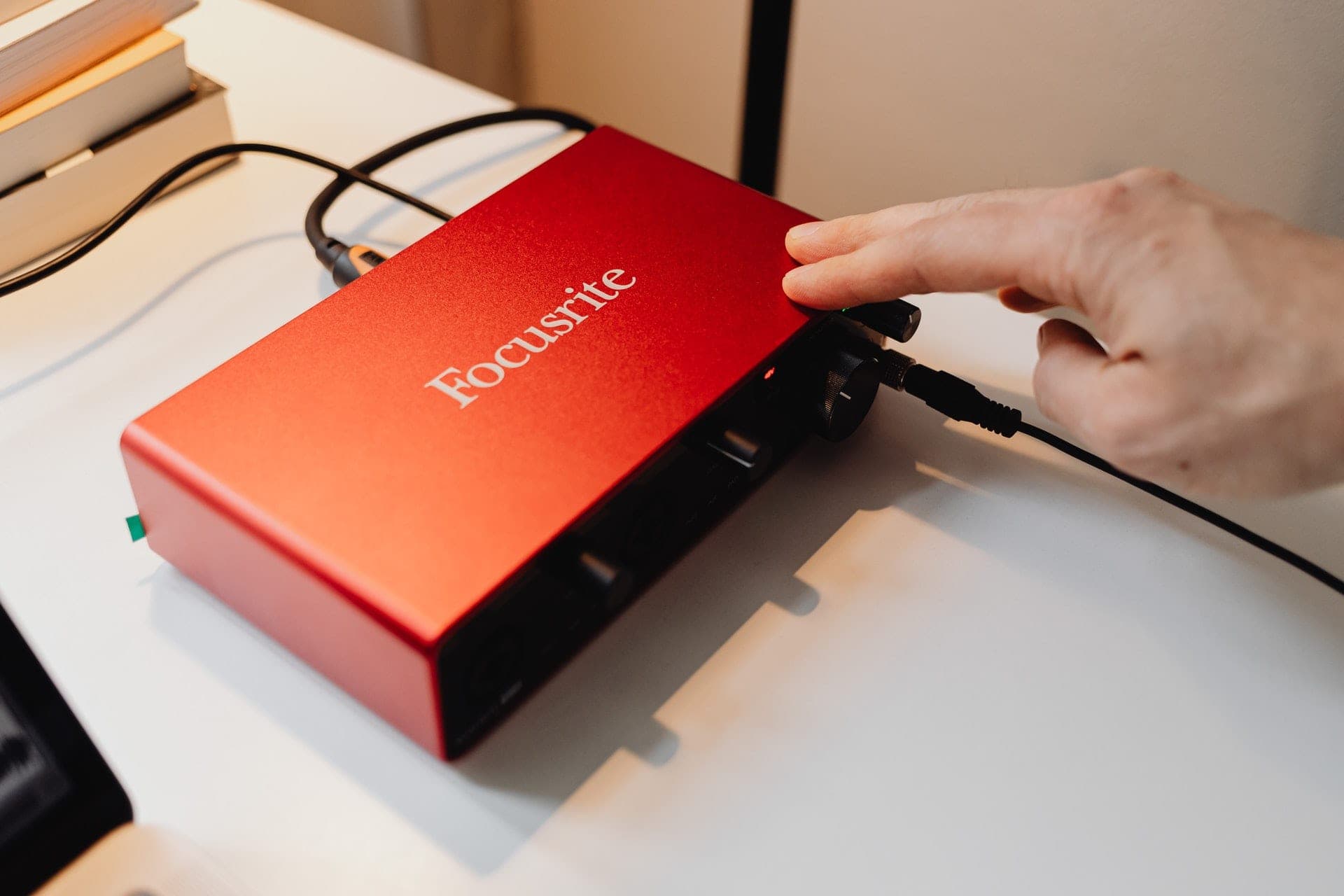 When it comes to listening to audio, there are a lot of different options to choose from.

You can opt for a traditional audio interface, or a digital-to-analog converter (DAC). There are a few key things to consider to avoid buying something that doesn’t meet your needs.

Everyone needs a D/A converter but not an A/D converter. Let’s take a look at why that is the case and find the best solution for you.

In this article, we’ll compare…

(Note: In this article we are looking at DACs in a home listening context rather than the actual digital to analog components used to convert digital audio signals.)

When Would I Choose An Audio Interface Over A DAC?

Firstly, it’s important to note that both will convert your digital audio back to analog but only an audio interface will let you record sound into your computer.

If your goal is only to listen to high-quality audio, choose a DAC. If you want to record line or microphone inputs for podcasts, music production, live streaming, or even Zoom calls, use an audio interface.

Anything that requires capturing sound will need an audio interface.

The sound we hear around us is analog. Birds, instruments, voices, phone beeps, and car horns.

We store those analog sounds on our devices as digital files in formats like .wav and mp3. When we listen to those digital files they transform back into the analog world through speakers and headphones. This last part is extremely important but easy to take for granted.

Playing back the digital sound requires a Digital-to-Analog (D/A) Converter. For this reason you will see DAC and ADC used to describe these components.

A/D and D/A converters range in price and quality.

The two main factors that will determine the quality of the digital recording and playback are bit depth and sample rate.

In short, they refer to the resolution of the audio, but it’s important to know that a ‘sample’ in this context is like a pixel but for a sound wave.

The analog input sound quality before the AD converter will be determined by the microphone and the preamp used to boost the signal to a line level. Not to mention ground noise issues that can also arise if your recording space isn’t set up properly.

The analog output sound quality after the DA converter will be determined by the amplifier and speakers (or headphones).

What Is A DAC?

A DAC (digital-to-analog converter) is a device that takes digital audio signals and converts them into an analog signal. Some are available as a combo DAC/amp with an attached pre-amp and some will need an external preamp.

DACs are also found inside audio interfaces and any digital device you have that makes sound. The terminology is somewhat confusing because an actual digital-to-analog converter is not itself set up for consumer use, but instead is found inside consumer products, and some of these products are therefore also called DACs (or hifi DACs).

DACs do not perform any analog-to-digital (AD) conversion. AD converters are used for recording, but DACs are for playing back audio.

What Are The Benefits Of A DAC?

The components of a DAC focus on creating a clear, dynamic, and noise-free listening experience. They provide pristine sound quality when playing back audio.

Another potential benefit of using a DAC is that you can more easily customize your listening environment. For example, you can choose to add a preamp between the DAC and the amplifiers that drive your speakers.

This gives you more control over the sound of your listening setup.

Who Uses A DAC?

People in the hi-fidelity audio world use DACS as part of their preamp, amplifier, and speaker setup. This provides the best quality listening experience in their home environment.

There’s nothing stopping you from using a DAC in your music studio and as we discussed earlier, you technically already are if you have an audio interface. However, in this context, a DAC would make less sense.

How Much Does A DAC Cost?

It probably wouldn’t make much sense to pair an expensive DAC with inexpensive speakers however.

Building a high-end system can become expensive very quickly and that might help you to decide if you actually want to go down this path.

Let’s start with a modest $1500 budget to get you started and then the sky is the limit from there. You could even start looking at higher-quality cables and acoustic improvements for your listening room.

Which DAC Should I Buy?

Here are some popular options from least to most expensive: This superb hi-res USB DAC/headphone amp delivers a level of specification and performance that punches above its super-affordable price tag.

Why We Love It:
View Price On Ifi Qutest is Chord's ‘pure’ DAC and is designed to improve sound quality in the home.

Why We Love It:
View Price On Chord

What Is An Audio Interface?

An audio interface is a device that allows you to connect to microphones and line-level gear like DJ equipment (via A/D converters). They are for consumer and pro audio recording and monitoring.

Audio interfaces also send sound out to your speakers and headphones, therefore they also include internal DACs for this.

What Are The Benefits Of An Audio Interface?

They produce high-quality sound to your speakers and headphones and also allow you to bring sound into the computer.

Once converted, you can record the audio with DAW software or route it to streaming software.

Who Uses An Audio Interface?

People in the pro audio world would tend to opt for an audio interface, although there are plenty of interfaces aimed at the consumer market. Musicians, podcasters, beatmakers, and DJs will likely all use DACs at some point.

Also anybody recording and listening to audio at home or in a recording studio will most likely have an audio interface.

How Much Does An Audio Interface Cost?

You can find audio interfaces starting at less than $100. The price usually depends on the number of inputs and outputs the device has.

If you don’t need anything too complicated, there are many to choose from with just 1 or 2 inputs and 2 outputs (left and right for your speakers). This gives you enough to record one microphone and listen back with stereo speakers.

Recording studios with large format recording and mixing consoles typically have multiple audio interfaces with 8-24 inputs and outputs on each.

For these types of higher-end audio interfaces, you can expect to pay a few thousand dollars each.

Which Audio Interface Should I Buy?

Here are 3 popular options from least to most expensive:

Best for: Beginner-level voice and music producers, and home studios. Probably the most popular and affordable audio interface of all time. The Symphony Desktop packs Apogee’s flagship AD/DA conversion into a desktop interface, along with hyper-realistic preamp emulations and powerful DSP.

Is There a DAC in An Audio Interface?

Yes. DACs are very important components, and without them you wouldn’t hear anything on your speakers and headphones.

Do Laptops Have Built-In DACs?

Yes. All devices that can play back digital audio have a DAC.

Why Are Some DACs Better Than Others?

The quality of the electronic components can make a big difference. Some DACs are also capable of higher sample rates and have more stable clocking.

Do I Need A DAC And An Audio Interface?

No. Unless you’re convinced that a DAC really does sound better and you have the budget to get both.

Is A DAC Better Than An Audio Interface?

It really depends on your needs.

DACs are designed for a high-end listening experience and audio interfaces are used by people producing music at home or in recording studios.

The short answer is “probably” but you might not be able to hear the difference unless every component in your audio system is high-end.

What Is The Difference Between An Amp And A DAC?