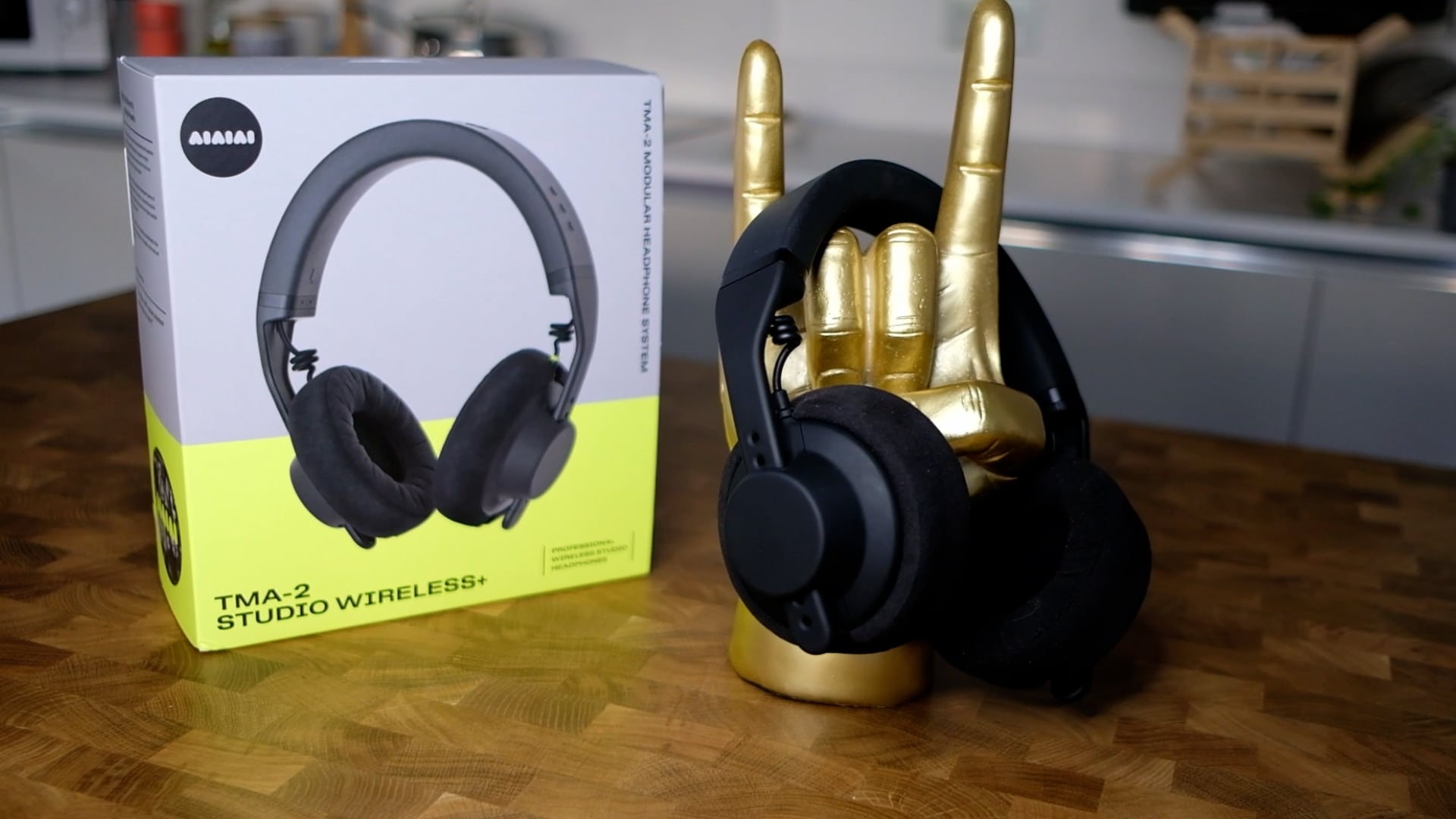 The TMA-2 Studio Wireless+ headphones are the first ultra-low latency studio headphones for music production from AIAIAI. The really interesting thing about the TMA-2’s are they are tackling a problem that Bluetooth technology has had since the dawn of time which is between 100 and 300 milliseconds of latency.

AIAIAI however has got this down to just 16 milliseconds which makes these headphones a really viable option for studio music production.

In this review, I’ll go over build quality and comfort, sound quality and also share some thoughts from AIAIAI’s founder Fredrik Jorgensen — who articulates the lengths AIAIAI have gone to make sure they are being as environmentally conscious as possible.

In line with AIAIAI’s modular ethos, The TMA-2s are actually three headphones in one. We’ll talk through some use cases including where they really shine and where they can do a bit better.

The first thing to know about the TMA-2s is that they are completely modular, meaning you can change and upgrade components as you like. This feeds into their environmental strategy with the idea being they are a paid of headphones for life. As they age or become damaged, or you simply want to change the padding or size of the drivers as you move between the studio and the stage you simply swap out the particular part that needs upgrading.

So that you understand how they fit together, the headphones come disassembled. Setting them up was pretty straightforward but it did take a short while to get used to the mini brick transmitter.

This comes with the TMA-2’s in order to deal with latency issues by wirelessly connecting to the headphones and plugging into anything with a headphone jack or 1/4 inch socket.

The headphones can function as a normal set of Bluetooth headphones by flicking the switch on the side of the headband, and they come with an included cable that can be connected to either side if you did want to use them as a wired pair.

It’s when you start using the transmitter that TMA-2’s become really powerful and useful.

The first thing I did when the headphones were set up is jump in the studio, fire up Traktor and started having a mix with the transmitter plugged into the headphone jack of our Allen and Heath mixer.

Both the sound quality and comfort were really good but what stood out instantly is just how much difference it made not being tethered to the desk. It can be really restricting only being able to wander about a meter and a half on either side before you’ve either got to unplug or take the headphones off.

Using the TMA-2’s meant I could wander off or stretch my legs without breaking the creative flow state which is so important when you’re creating.

This wasn’t something I even realized was missing from our workflow but that fact alone justifies the price tags for these headphones.

They aren’t perfect, however, and there are some situations where they don’t perform quite as you would like them to (there are better headphones out there if noise cancellation is your priority). However, if you’re a creative who likes to be free from the studio desk, these are pretty fantastic. It’s worth noting that the headphones were designed in collaboration with Richie Hawtin, so it can be assumed that the sound profile of the cans is tailored more toward electronic music. That’s not to say these don’t sound great on guitar-focused genres like rock and metal (they do), but these headphones really shine for club tracks.

The 40mm speaker is made from bio-cellulose, which provides excellent dynamic range, with detailed highs and a pronounced midrange.

Bass frequencies were ample, perhaps even slightly accentuated — but not to the point where it sacrificed mid-range punch and clarity. Highs were less harsh than the HD-25s, which made them great for longer studio sessions.

We heard from Frederik Jorgensen, founder of AIAIAI:

”What we wanted to do was create great audio gear, that at the same time was building on Scandinavian heritage in terms of responsible design, beautiful aesthetics, and quality. We really focussed on wanting to create a product that had a design that could last for a long time, that’s not just flavor of the month, that could look good and be a product the user would keep with them for a long time”

‘Then we start thinking about the materials that we use. Recycled plastic, we’re using Alcantara cushions which is a carbon-neutral material from Italy. We’re doing all we can and we’re definitely seeing some sort of momentum in the world that surrounds us which is amazing.”

Admittedly over the years I’ve acquired a lot of equipment with without really giving too much thought to sustainability. If you’re considering picking up a pair of TMA-2’s, its worth bearing in mind the effort that’s going into making sure they are a product that’s going to last.

We were really glad we were introduced to the TMA-2’s as they completely changed the way we work.

The creative potential and freedom they opened up are amazing, but they aren’t cheap. That said, they are going to last and they aim to be a set of headphones for life. The freedom and potential creatively they opened are amazing.

Let us know your thoughts in the comments below. Do you own a pair of TMA-2’s? Do you think they are worth the price tag? We’d love to know!