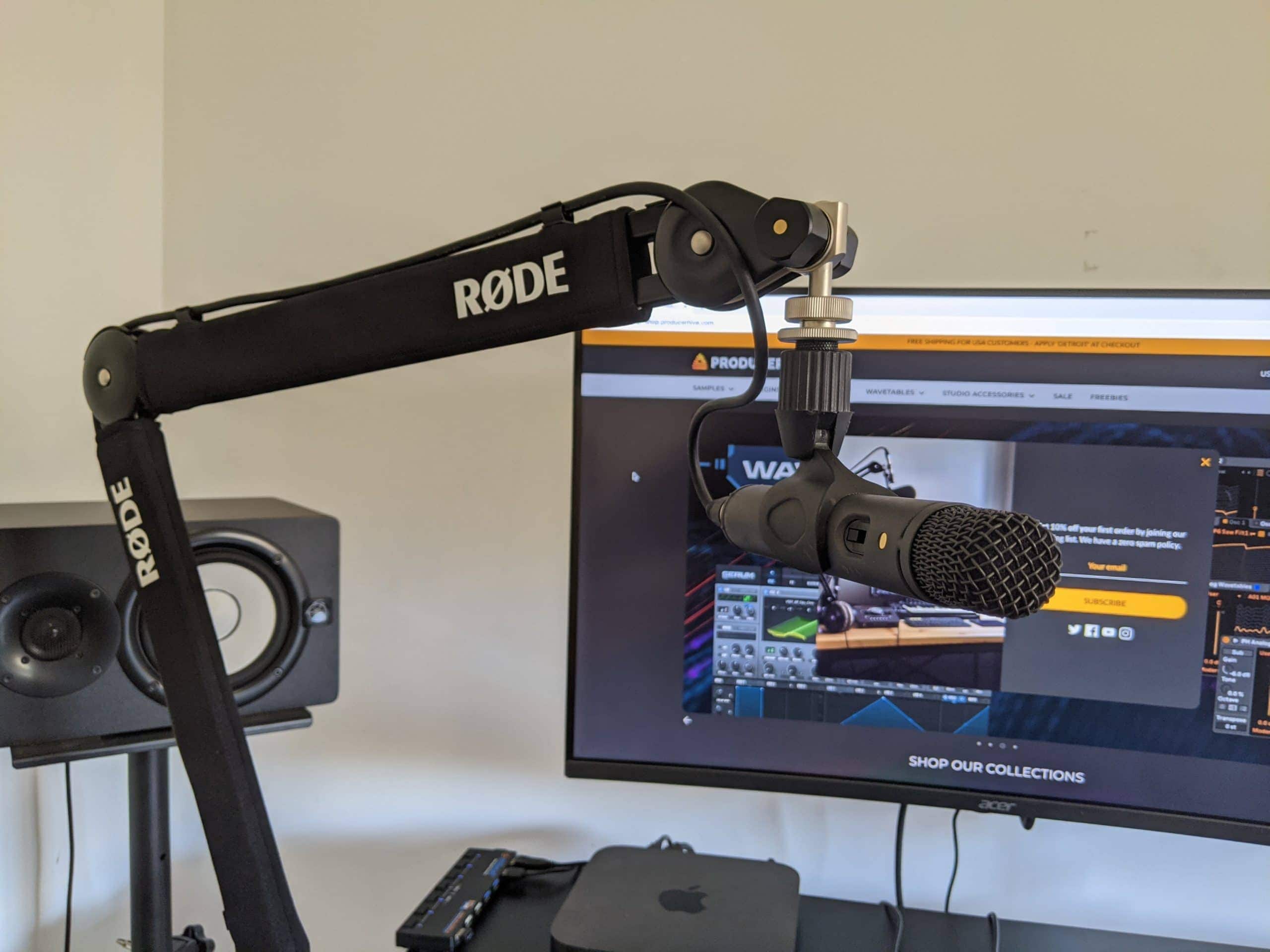 RØDE PSA1+ Review (A Mighty Upgrade To The PSA-1)

RØDE PSA1+ Review (A Mighty Upgrade To The PSA-1)
VERDICT
Sleek, easy-to-use, and carrying out a completely silent audio recording operation, the Rode PSA1+ is a great investment for anyone that's serious about podcasting or streaming.
Ease Of Use
9.5
Design
8.5
Build Quality
9
PROS
Stylish design that incorporates game changing protective sleeves
Almost silent when being moved in any direction
Incredibly easy to setup
CONS
Not the cheapest option out there, but the quality makes up for the price
9
OUR SCORE
READ REVIEWS
SweetwaterThomann

When Rode microphones announced the release of their new PSA1+ microphone arm at the start of October, we knew straight away that we had to try it out. After all, it’s been our #1 microphone boom arm pick since forever.

Rode is an Australian-based manufacturer that’s been responsible for many of our favorite microphones over the years (R. the Rode PSA1 was one example that became one of the most popular “boom arms” for podcasters and streamers after its release.

Its successor, the PSA1+, is described by Rode as the ultimate studio boom arm for podcasters, streamers, and broadcasters. On first viewing, its initial sleek design and promised ease of use had me feeling very excited to see how it compared to the original.

Sleek, easy-to-use, and carrying out a completely silent audio recording operation, the Rode PSA1+ is a great investment for anyone that’s serious about podcasting or streaming. Perfect for radio, broadcast, or home use, the Rode PSA1+ studio boom arm will take your audio production to the next level.

Straight from the off, the PSA1+ was coated in an aura of professionalism and quality that we’ve come to expect from Rode. The packing the microphone came in was nice, the boom arm came secured tightly, and it arrived with an intuitive Quickstart guide. Lovely.

The setup itself was incredibly easy, taking me all of three minutes to mount it, attach it, and connect it to my microphone. I was good to go within minutes.

When it comes to mounting the PSA1+, there are two options. The first is a threaded desk mount for a more permanent solution.

Alternatively, there is the option of a desk clamp mount if you do not have a cable hole in your desk or want to be able to take your microphone away from your desk.

I opted for the desk clamp, which offered a really strong foundation. I also found that it doesn’t scratch your desk due to the thick rubber pads on both sides of the mount (let’s please make this a standard feature of all microphone boom arms!)

Impressively, there is also an inclusion of a rubber attachment on the mount, which ensures that you are dampening any sound from the desk that may come up through the arm. It’s these little add-ons that help the PSA1+ stand out from the crowd.

Once attached, the boom arm is slotted in and sits in the hole tightly. The great news for you podcasters and streamers is that there is zero rattling or sound made from moving the boom arm around.

Although there is no locking mechanism present, I don’t think it’s needed as the arm feels secured and safe when moving it without the inclusion of one.

At first glance, I did wonder if the protective sleeve (fabric covers) were something that would be needed on a boom arm, they seemed kind of gimmicky when I saw it announced. Now, I actually think they are somewhat of a game-changer.

They have mic cable clips attached to them which suspends the cable in mid-air above the fabric. This is great news from a sound isolation viewpoint. Any knocks or movement to the cable resulted in barely any audible sound fluctuations in the mic.

The fabric also meant that if the cable is knocked into the arm the resulting sound is still very dampened and almost inaudible. This is superb news for streamers and podcasters alike, but the perks of the protective sleeve don’t stop there.

Not only do they add a level of sleekness to the appearance of Rode PSA1+, the sleeve houses an innovative cable management system, making it much easier to keep your microphone cables looking neat and tidy.

It also has the option to run a small cable INSIDE the arm for a USB microphone, which has been added via a secondary inner cable clip specially designed for USB microphones such as Rode NT-USB-Mini.

Although I didn’t get to test this, it comes across as a useful feature for any USB microphone user. The arm also includes a thread adapter for 3/8 or 5/8 which means you can attach any style of microphone.

I would have liked an extra few clips to keep the cable tight and stop any sag, which would add extra protection from noise, but that is mostly from an aesthetic standpoint.

In regards to the general aesthetic of the Rode PSA1+, it’s nothing short of lovely. The matte black finish looks stylish and suited my studio space really well. All in all, the arm looks sleek, sophisticated, professional, and is most definitely a step up from its predecessor.

For me, the most impressive feature is the unit is almost silent when being moved in any direction – up, down, or side to side. This alone makes it a very useful piece of gear for interviews and recording.

I believe a good part of the sound deadening is also due to the rubber contact mounts and draped internal springs. When the arm is moved into position there is zero recoil/rebound.

It glides really smoothly but stops dead in position, which makes it feel abundant with quality every time you use it.

Another showing of the PSA1+’s quality was the fact that the unit holds the weight of the microphones when fully extended. Evidently, this has been a problem with many of the cheaper microphone boom arms, where it does a good job at supporting weight when retracted, but as soon as you stretch it out, it topples over. No biggie with the PSA1+.

It also seamlessly moves 360 degrees without any friction or sound. Never once have I heard the standard ‘squeak’ you often hear boom arms make when rotated.

Although I only tested it with two small form condenser mics, it is stated as being able to support up to 1.2kgs steadily

Along with its innovative parallelogram spring design, which is there for precise mic placement and ultra-smooth movement, and its fully damped springs, the Rode PSA1+ has cemented itself as a boom arm embedded with quality.

Perfect for radio, broadcast, or home use, the Rode PSA1+ studio boom arm will take your audio production to the next level.

To sum up, the Rode PSA1+ is a sleek, easy-to-use, and near-silent boom arm which is a serious step up from its predecessor.

All in all, If I was to choose between paying the extra money for the premium model or saving by getting the previous model, I would choose the former.

In my opinion, the new features most definitely warrant the higher price tag.