Noah Teachey
Songwriting TipsAsk The Hive
Disclosure: We may receive commissions when you click our links and make purchases. Read our full affiliate disclosure here.

The concept of middle C originates with the spacialization of musical pitches.

Sound by itself has no real space, of course – sound is simply vibrations in a medium (typically air) that bounce off of our eardrums and get converted into signals in our brain that we perceive as sound.

There is nothing “middle” about middle C until we look at music notation. The keyboard and the middle C note are not as meaningful as where the note lives on sheet music and on the instrument.

What Is Middle C?

In western music notation, the grand staff is the combination of two staves, one typically oriented with a treble clef and the other (beneath it) with a bass clef.

Right between these two staves is where you will find a very particular C, known as C4 or middle C. It is located on the first ledger line above the bass clef and the first line below the treble clef.

It is, therefore, dead in the middle of the grand staff in which the middle C note can be placed.

To help you understand this, let me find an example from my own life.

I once attended a bachelor party in an unfamiliar city in a foreign country. My compatriots mistakenly (they claimed, at least) left me behind at a jazz bar and, by the time I realized, it was too late to find a cab.

I walked aimlessly for the longest time. Eventually, I realized I needed to pick up the pace if I was to make it back to the hostel before sunrise.

I ran from bus stop to bus stop to try to orient myself using the small detail maps at each stop. None of these were quite large enough to get me back to an area I could recognize.

I suspected I was making some progress, but it was not until I found a single landmark that I remembered from the day before that I knew how to get back to where I wanted to be.

If my experience in that unfamiliar city were laid out on the grand staff, the landmark that allowed me to re-orient myself would be middle C.

In asking “where is middle c?” and understanding music theory at its most basic, the musician can find their way around using any notation with any musical instrument.

What Octave Is Middle C?

On an acoustic piano, the middle C is in the octave of C4. By contrast, the MIDI world has no official octave designation for middle C. Instead, MIDI standards define middle C as note number 60.

Why Is Middle C Also Known As C4?

The C that lives on that shared ledger line, one line above the bass clef and one line below the treble clef, is known as C4 because it is one octave below C5 and one octave above C3.

Each of these C’s, and every other C, sounds like a C. That is a boiled-down version of the principle of octave equivalence.

Each C is given a number to distinguish it from different octaves of the same C, in the same way that other notes like A3, D5, and F#2, to name a few, are given numbers to distinguish octaves.

This helps determine where a note occurs on the keyboard and where it fits on the staff.

This question, “what is middle C” can be answered more exactly with a frequency. Specifically, 261.625565 hertz when A4=440 herz. This is at least true for equal temperament tuning.

A4 is not always tuned to 440 Hz, although tuning A4 to this frequency is common. For more information on alternate tuning schemes, check out this article on A4=432 hz.

Middle C On The Piano

On the standard, 88-key piano, middle C is the 4th C from the left. You can count C1, C2, C3, and then C4 is middle C. It is not exactly in the middle of the keyboard, but it is pretty close.

All of this is to say that finding middle C on the piano is a two-step process: first, know what sort of keyboard you are working with, and then count either four C’s from the left or three, depending on the keyboard.

Middle C on the Guitar

VST vs AAX (Key Differences & Which To Use)

Unlike the piano, where a single key is dedicated to each semitone of the instrument’s range, the guitar can play the same pitch in several locations.

On a guitar tuned to the standard EADGBe, the first fret on the B string (second string from the floor) is middle C. This same pitch can be played as the fifth fret on the G string, the tenth fret on the D string, or the 15th fret on the A string.

Playing the same pitch in different parts of the neck on different strings will yield subtle differences in timbre because different partials will come through more or less clearly depending on the intersection of string thickness and length, but the fundamental pitch will be the same. 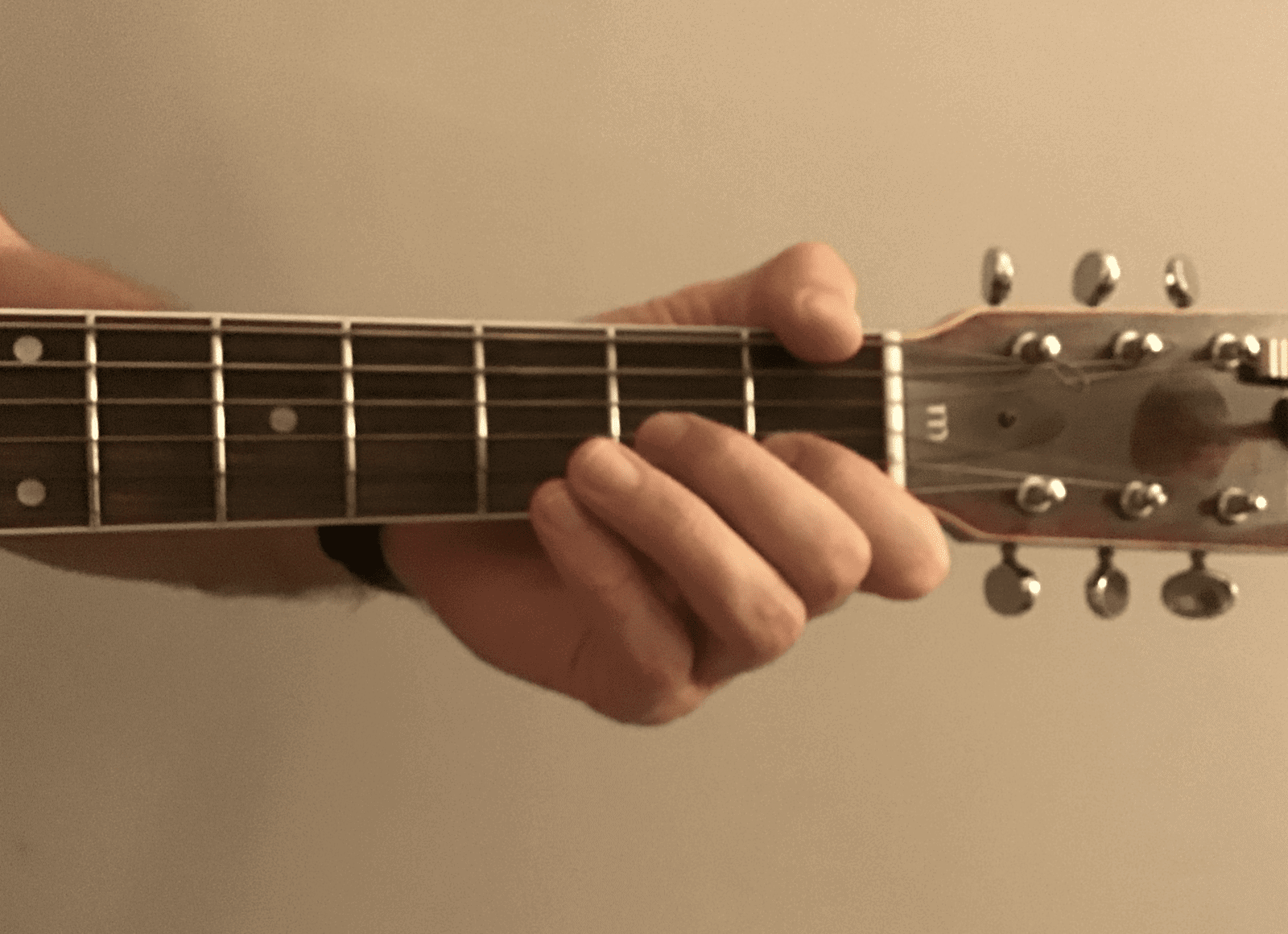 The guitar, and other fretted, plucked string instruments, have their very own style of notation.

Also known as tablature, guitar notation lays out the six strings of the guitar sort of like the five lines of a staff. Numbers are laid over the lines representing the guitar strings, and these numbers represent fret numbers.

Middle C on the Bass Guitar

The four strings of the standard 4-string bass are tuned to the same pitches as the four lowest strings of the guitar, EADG, but are one octave lower in pitch than their counterparts on the guitar.

This means the fifth fret on the bass’s G string is C3, one octave below middle C. You must move up twelve frets to fret 17 on the G string to play middle C on the bass.

Like in guitar notation, bass tablature would represent middle C with the number 17 on the top line of the tab.

As musicians, there is no way of avoiding it: we spend a lot of time lost in music in good and bad ways.

Hopefully, you never get lost late at night in an unfamiliar city.

If you do, perhaps there is a tall enough landmark you can find and use to make your way back to wherever you are staying (let’s assume you lost your phone).

This is similar to music – if you can find middle C then you can, at the very least, use that to make your way back to wherever you are supposed to be.