What Is The Tritone Paradox? (Illustrated Guide w/ Audio Examples)

Noah Teachey
Songwriting TipsAsk The Hive
Disclosure: We may receive commissions when you click our links and make purchases. Read our full affiliate disclosure here. 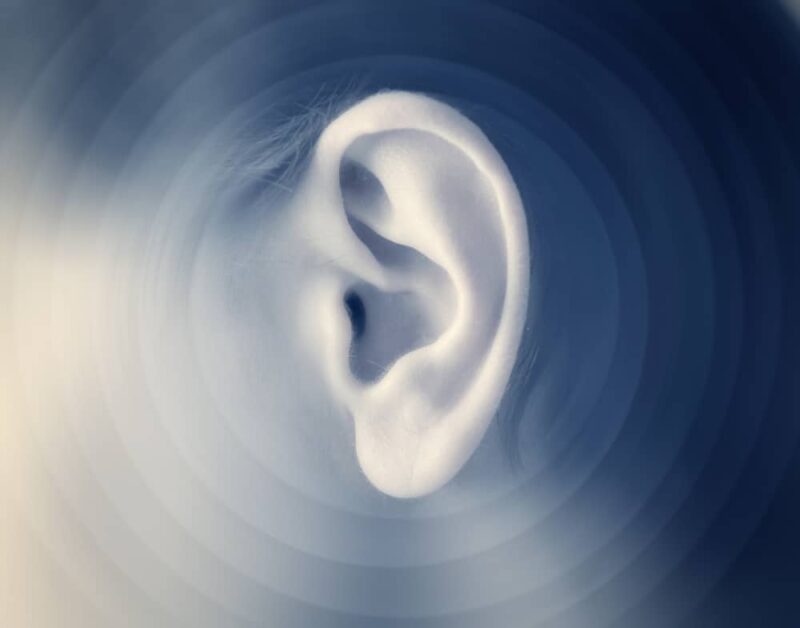 The tritone paradox is a phenomenon that really tests our perception of sound, particularly pitch.

It is essentially a sound-based illusion in which a pair of tones generated by a computer, spaced one tritone apart, are played one after the other. The illusion comes from the ambiguity of the direction of the pitch – some perceive the tones as ascending, whereas others will hear them as descending.

We have known about the tritone paradox in the audio community since 1986 when Diana Deutsch first reported on it at a meeting of the Acoustical Society of America before writing about it in Music Perception.

This was a peer-reviewed journal published by the University of California Press that she founded three years prior to her groundbreaking article on the tritone paradox.

In this article, we will introduce Deutsch and the context that led to her discovery, discuss the implications of the tritone paradox, and of course answer in greater detail the question on everybody’s mind…

What Is The Tritone Paradox?

The tritone paradox is produced with a tone pair spaced one tritone apart. The tritone is six semitones, three whole-tones, or a half-octave.

The tone pair must be played successively, meaning that one tone is played first and the other follows. Deutsch found that her listeners would not reliably identify the relationship between the pitches of the tone pair as either ascending or descending.

One person might hear the pattern as ascending in pitch, whereas another person would hear the same pattern as descending.

The fact that the tones were ambiguous in terms of the octave means that there is no correct answer to the question of whether these tones ascend or descend.

While the tones have note names, like D♯ and G, listeners would be hearing all of the D♯ notes from the first octave through the sixth with no clear fundamental, and the same with the G notes.

This ambiguous tone, also known as a Shepard Tone, is only possible through computerized synthesis, as any tone generated with a physical instrument will have a clear fundamental and a series of partials that will define its frequency absolutely as residing within a particular octave.

(For more on Shepard Tones, check out What Is The Shepard Tone? (With Examples & Audio Demos))

Nevertheless, listeners hear the tone pair as either ascending or descending, and two different listeners can be absolutely certain in their perception of the tritone yet disagree about the direction of the pattern.

Another interesting feature of the paradox is the fact that transposing tone pairs from one key to another can reverse the listener’s perception of the direction of movement.

With additional iterations of the exercise with a wide variety of listeners as test subjects, Deutsch found that the variation of the perception of the tritone pairs followed a pattern for each subject.

The pattern for each listener is perhaps best explained through the use of a pitch class circle, like the one pictured below.

With the various octaves flattened into one through the use of ambiguous pitches, the linear scale becomes a circle of pitch classes that revolves from C to C♯ to D to D♯ and so on until the circle repeats itself.

The opposite points on the pitch class circle, however, and the tone pairs they represented, would sound like a descending pattern.

When considering the pair of tones and the relationship they represent as part of the pitch class circle, it becomes easier to identify the pattern of music perception within an individual.

The internal logic of each subject’s perception would seem to point to a sense of order in music perception, or it would if it were not for the fact that subjects had vastly different arrangements of the circle defining their music perception.

This is where the tritone paradox, which would otherwise be a simple illusion, gets really interesting. As was discovered, two listeners hearing the same tritone pair transposed in the same way might have dissimilar or even completely opposite perceptions of the patterns they were hearing.

Who Is Diana Deutsch?

Diana Deutsch is a psychologist and a skilled musician who has wielded her background in both fields to conduct research in music and psychology.

Deutsch grew up studying and playing music, yet her understanding of the relationships between the arts, sciences, and philosophy was influenced most strongly by conversations she overheard between her father, a sculptor, and his friends.

She studied psychology at Oxford before moving to the US to complete a Ph.D. at the University of California at San Diego.

A paradigm of her own design allowed her to use stereo headphones to present two distinct sequences of tones to a listener–one in the left channel and the other in the right.

It was through experiments designed using this idea that Deutsch was able to identify a series of musical illusions, which are essentially conditions and patterns in which listeners hear sound either incorrectly or ambivalently.

In pursuing this line of inquiry, Deutsch was able to link music perception to a specific and well-organized system within the brain, which was a groundbreaking discovery at the time.

She also identified a correlation between variation in listeners’ perceptual differences and their dominant hand, thus tying music perception to brain organization.

It was against this backdrop that Deutsch discovered another set of illusions in music perception.

She used sequences of tones with clearly defined pitch class but of ambiguous absolute frequency to measure listeners’ tendencies to identify tone pairs as either ascending or descending.

The tritone paradox is one of the pitch paradoxes that Deutsch discovered as a result of this line of inquiry.

What Are The Implications Of The Tritone Paradox?

Absolute pitch is the ability to recognize a note without a reference pitch. Also known as perfect pitch, it is considered a rare ability among musicians.

How To Charge AirPods Without a Case (Read This FIRST!)

Yet, the fact that test subjects identified tritone pair relationships as either ascending or descending with internal consistency based on pitch-class suggests that the average person has an implicit sense of absolute pitch, without which it would be impossible to identify the pairs as ascending or descending with internal consistency.

That music perception can be so consistent internally to a subject but inconsistent between subjects begs the question, what differences between people are responsible for one person’s music perception varying so dramatically from another person’s perception of the same musical features?

The answer would seem to point to the impact of language on music perception.

Deutsch’s findings suggest that a listener’s perception of whether a tone pair was ascending or descending correlated with their spoken language or dialect and the resulting range of their speaking voice.

Deutsch compared two groups of test subjects: one from California and another from southern England.

What she found was a strong correlation within each group, yet the two groups heard the tritone paradox quite differently, as illustrated in the graphs below.

Further evidence pointing to the importance of speech patterns to music perception is in the fact that people from different regions of the US, where different dialects are spoken, tend to hear the tritone paradox differently.

More still, there is a strong correlation between a mother’s perception of the tritone paradox and that of her child.

Finally, the location in which one’s parents grew up has an impact on one’s perception of the tritone paradox.

All of these point to the impact of language on music perception, something musicians have long hinted at but about which there had never been such strong scientific evidence prior to Deutsch’s work.

This article is far from a standard “how-to” article, although I would be fascinated to read something entitled How To Use Ambiguous Tones And The Tritone Paradox In Your Mix.

Rather, what the tritone paradox and much of the rest of Diana Deutsch’s research brings to light is the profound impact of our lived experiences on our understanding and perception of music.

The tritone paradox is the result of a granular set of musical circumstances, the likes of which most people aside from John Cage would probably not consider music. But music is essentially composed of a series of these granular relationships, layered on top of each other and woven together until the granular is hardly recognizable.

Based on what we now know about the innate sensitivity of the typical person’s ear to absolute pitch, perhaps we can reconsider the level of trust we put in our listeners’ musical sophistication and comprehension, at least when it comes to pitch relationships.

Knowing what we know about the impact of language and speech patterns on musical perception, perhaps there is some insight to be gained in studying pop music with the furthest international reach.

Is there a correlation between the pitch classes that are central to the most popular melodies?

By its very nature, the tritone paradox leaves us with more questions than answers, but to a musician that is preferable: music is a question we’re not hoping to solve once and for all but a challenge to vary and refine solutions ad infinitum.

Thus, this research adds yet another layer to our evolving understanding of the challenge of music, to incorporate into our solutions, or not, as we please.

Finally, let’s take a moment to thank Diana Deutsch for her contributions to music and psychology. Information from this article was sourced from her website at https://deutsch.ucsd.edu/.

(If you want to read more about auditory illusions, next up is What Is The Shepard Tone? (With Examples & Audio Demos))