Labels Can Now Pay To Promote Artists On Spotify 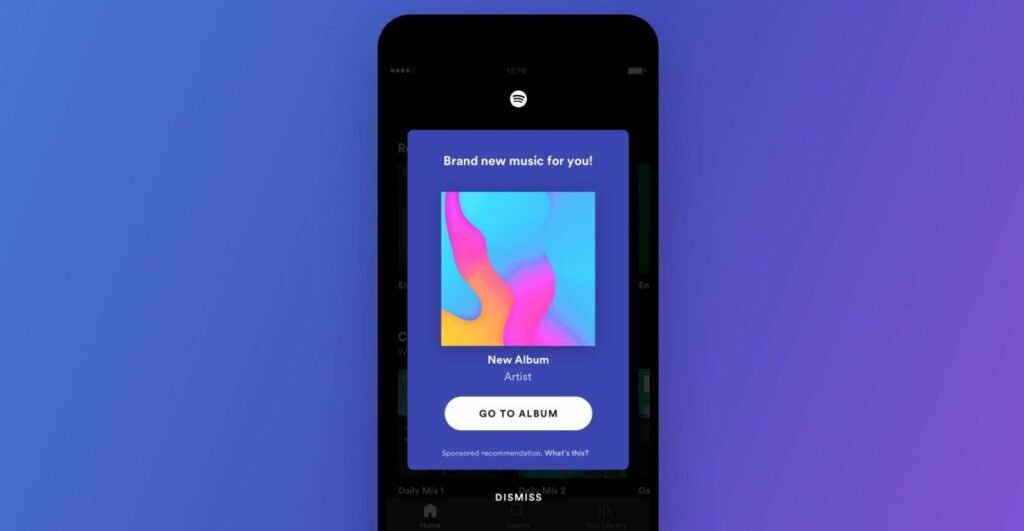 Spotify is preparing to launch a new feature for both premium and free subscriptions in which labels will be able to target users with a new ‘Music For You’ pop up.

These pop-ups will allow record companies (and other relevant industry companies) to recommend artists to the user in much the same way that Facebook currently does with sponsored posts.

“We [currently] personalize these new album recommendations based on your listening taste, combined with human curation. With an upcoming test we’re running in the US, we’re giving artists and their teams the ability to directly tap into this process and connect with the fans that care most about their music.”Spotify

This isn’t an entirely new concept, with targeted advertising already regularly in use on social media channels but it is the first of its kind for the streaming service.

It could be argued that this will provide a valuable service to the user by recommending new music, but it sounds as though it could be more of a hindrance than anything. We won’t know until the feature is fully released.

From what we understand the pop-ups will only be present on the profiles of frequent users of Spotify, with premium subscription members being given the option to turn the feature off.

From what we know however, Spotify is aware that this may result in a negative reaction and have stated that the new feature is simply a ‘test’ for now:

“In this test, we will let artist teams pay to sponsor these recommendations, giving them the power to tell their listeners on Spotify – across both our Free and Premium tiers – about their latest release. You’ll now hear from a wider range of artists, which means you’re less likely to miss out on new releases from your favorites.”Spotify

We already know that Spotify generates a huge amount of their total revenue from advertising, in quarter 2 of 2019 alone Spotify’s advertising income came to $186 million but even this only amounted to 9.9% of their total income (with the vast majority of that being made up of premium subscription fees).

“Part of our marketplace mission is to create tools that bring artists and fans closer together. With our unique understanding of listener preferences and ability to deliver personalized recommendations, we can help artists reach the fans that care most about their music, driving value for both artists and fans.”Spotify
“We view this as the next iteration of the popular recommendation and discovery features listeners already love on Spotify.”Spotify

We’ll have to wait until the test is rolled out but on first glance it does seem that Spotify are attempting to find a way to divert revenue from other advertising channels such as Facebook and Google into their own.

We’re hoping that ‘Music For You’ will be a useful tool to discover new music, but if not, at least for the Premium subscribers it can just be muted!

Read more from our friends over @ EDMProd: Have Artists Become Just ‘Playlist Fillers’?