Expressive E ‘Osmose’ | The Most Expressive Synth Ever Made?

The Osmose is a new Augmented Keyboard Synthesizer which we’re told offers significantly more control that a standard keyboard due to a number of per-note gestures.

The synth looks and feels very much like a piano but, unlike other synths, allows you to create a vibrato effect by moving the key side to side – something that would normally require the player to use an expression wheel for.

Expressive E refer to the Osmose as having ‘three dimensions of touch’: velocity, pressure and lateral movement. 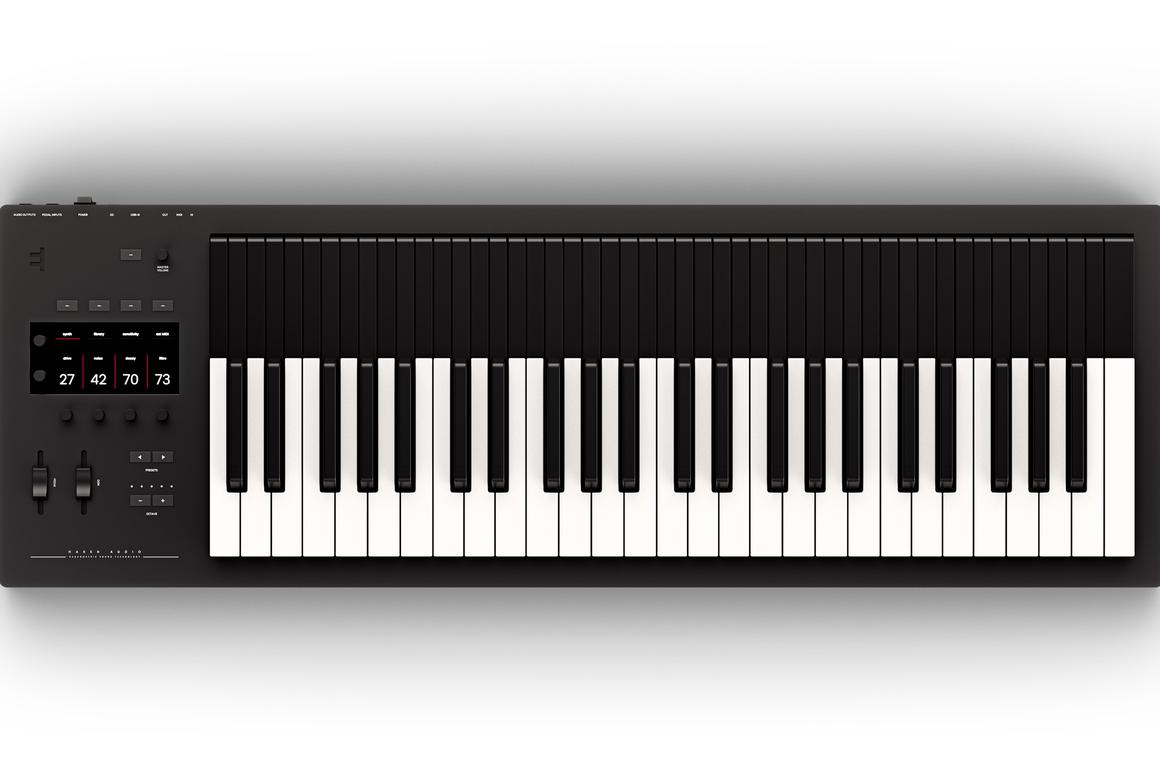 Haken Audio worked in conjunction on the project and the Osmose contains their EagenMatrix sound engine which combines, digital, additive, FM, virtual analogue and spectral synthesis.

The Osmose also utilises a set of macro controls which add an extra textural element to shape the timbre of the sound.

The spec also includes a mod wheel, two pedal inputs and an adjustable sensitivity which allows you to customise the 3D control.

You’ll also have access to electronic and acoustic sounds which both react equally to the player’s on-key movements.

The Osmose will be available for $1,799, however reserving before 31st December and you’ll receive a discounted rate of $1,079 (however this will require a deposit of $299).

For more information head to the Expressive E website.

If the Osmose is a little above budget then make sure you bookmark our Black Friday Ultimate Guide to get the best deals on synths, hardware, plug ins and more as they are announced.