Sean Fitzjohn
Electric Guitars
Disclosure: We may receive commissions when you click our links and make purchases. Read our full affiliate disclosure here. 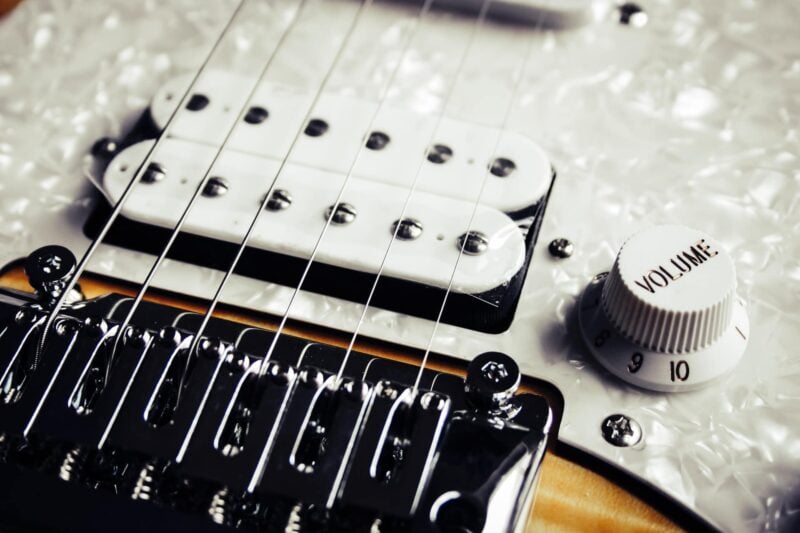 There are countless guitar designs on the market, and it may surprise a lot of guitarists to know that some of them have been around for very a long time. Fender’s Jaguar and Jazzmaster models are prime examples of that. Introduced way back in the 1960’s at the height of the surf music craze, these iconic Fender guitars have come to be appreciated by a whole new breed of players, particularly in the alternative genre.

Both models look eerily similar to each other, and that alone can make things pretty confusing. Let’s take a few minutes to break down the differences so you can easily tell which one should rise up as your best choice.

Simply put – the Jaguar isn’t any better than the Jazzmaster, and vice versa. Which one is the best completely depends on your personal preferences for playability and tonal quality. Just like the fact that a Fender Stratocaster and a Gibson Les Paul each have their own place in the market, it’s safe to say the same exact thing for the whole ‘Jaguar vs. Jazzmaster’ debate.

Yeah, we know…that really doesn’t help all that much if you’re trying to choose now, does it? We hear you – but that’s all the more reason for you to read on to get a good understanding of what the differences between the two really are. Only then will you know which one is the guitar for you!

Fender Jaguar vs Jazzmaster (Breaking Down The Differences)

Yep – both the Jaguar and the Jazzmaster look pretty much the same. In fact, at first glance, it’s almost impossible to tell the difference between the two models, as they are almost identical.

They both have what’s referred to as an ‘offset waist’ design that was considered state-of-the-art back when surf music was the name of the game. The necks are similar as well, as you’ll find 22 frets on each. Once you get past these specs, however, that’s where the similarities end.

One of the biggest differences is the scale length (the distance from the nut to the bridge). A Jaguar has a 24-inch scale while a Jazzmaster clocks in at 25.5 inches. That whopping extra 1.5” may not sound like a big deal, but differences in scale length have a huge impact on playability and how a guitar ‘feels’.

The Jaguar’s shorter scale length means less string tension is needed to stay in tune, making performing bends and vibrato easier. On the flip side, the Jazzmaster may feel a bit ‘tighter’ when playing chords because the higher tension can make things a bit more stable.

Another factor with scale length is how the frets are laid out on the fretboard. The distance between them on the Jaguar is a bit smaller than on the Jazzmaster, making the Jaguar a better choice if you have smaller hands.

Jaguars typically come with 2 single coil pickups, but you can also get them with humbuckers, too (Jaguar HH). Single coil pickups will provide a brighter tone similar to other Fender models like the Stratocaster or a Telecaster (i.e., the classic Fender sound). Just as with those models, you’ll often have to fight the buzz and hum that single coils tend to produce.

Humbuckers, on the other hand, have a thicker and warmer sound, and a big benefit of using them is exactly what the name implies – there is no hum to deal with. If you’re unfamiliar, a humbucker is essentially two single coil pickups wired together in a way to eliminate hum and noise.

Single coil pickups are commonly found on Jazzmaster guitars, though it’s not uncommon to see players switch them out for soapbar/P90-style pickups.

So which type of pickup is best for which genre of music? Generally speaking, single coils are good for rock styles where brightness and clarity is important, and they are pretty much the go-to choice for most country players as well.

Humbuckers have, for the most part, found their niche with heavier rock players, particularly in the metal scene. We’ve even put together a buyer’s guide to pickups for metal guitarists.

One really, really cool thing about both the Jaguar and the Jazzmaster is the ‘dual circuit’ (often referred to as the ‘rhythm circuit’) capability that each has. This design opens up a whole new world of tone options, and it’s almost like having two guitars in one.

On top of the traditional volume and tone controls found on just about every electric guitar ever produced, there are separate controls for the rhythm circuit that are found on the upper bout of both models (two roller pots for rhythm tone and volume along with a slider switch). There are also some separate switching options on the lower bout of each model (a 3-way pickup selector switch on the Jazzmaster, and a set of three slider switches on the Jaguar).

Fender Strat vs Tele (5 Key Differences & Which To Buy)

The goal of these circuits was to give the player additional control to get a warmer tone than what can be achieved through just the stock pickups as they stand. While Fender’s overall intent for the rhythm circuits was meant to enhance the flexibility of the guitars, for many players it ended up being too confusing.

Going into how each of the circuits work is beyond the scope of this article, but there are many resources out on the internet that give excellent overviews on which-switch-does-what under certain conditions. We would highly recommend taking the time to do a little research to get a firm understanding of how each system works under your belt.

With a fat, thick sound and sleek, elegant style, the Fender Jazzmaster stands out under the spotlight.

And The Winner Is…

We can’t choose! That’s up to you. The Jazzmaster still seems to be more popular with the indie crowd, but that doesn’t mean it’s better for you.

Really the Fender Jaguar and the Fender Jazzmaster can’t be directly pitted against each other. Despite looking similar, each model really needs to be evaluated on its own merit. Their respective features will appeal to different players in different styles.

The biggest differences are in the scale length and dual circuitry. These are worth considering before buying and can have an impact on how well you will bond with your instrument. Your best bet? Try them both out in the store before you buy.

But we gotta say…no matter whether you prefer the Jaguar or the Jazzmaster, at the very least you will look cool playing one. Both guitars simply ooze style!

(If you’re after a new amp, we’ve got you covered with our roundup of the 8 best guitar amps under $500!)